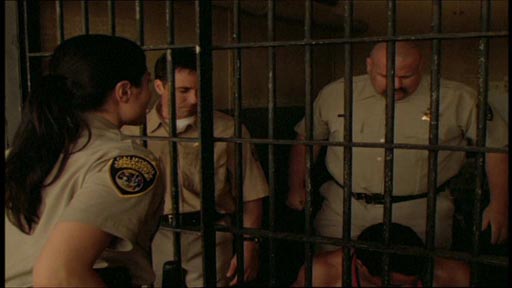 This is the sort of movie that gives prisons a bad name. And filmmakers a worse one.

Malachi (Ashley Tucker) is a man on Death Row. He has just two weeks to go before his execution. He claims to be innocent of killing a policeman, but everyone somehow knows that he knows where $5 million worth of diamonds are stashed.

The particularly unpleasant Warden Kowalski (David Weininger) knows that time is running out, too. He is intent on extracting the diamonds’ hiding place from Malachi before he goes to the chair. He sends guards to bash and torture him, but Malachi remains tight-lipped. The Warden then places the condemned man with other prisoners after spreading the rumour that he is a child killer, hoping that the prisoners will succeed where the guards have failed. Only Officer Elizabeth DeLuca (Mia Riverton) is appalled by the brutality, and tries to help him.

DeLuca gets a message to some of Malachi’s old gang, including Santos (Lorenzo Lamas) and Malachi’s former lover, Jay’me (Shalena Hughes), who are now a couple. They’re grateful that Malachi hasn’t put them in to Police, but are more dirty on him for keeping the diamonds. They visit him and resolve to spring him in a last-ditch attempt to get their hands on their share of the diamonds.

It’s deplorable. The fight scenes (and there is an awful lot of them) make WWE look frighteningly real. We’re meant to believe that a prison so corrupt as to kill one of its own guards (leaving her hanging in a cell, of all places) would tolerate its guards tackling intruders with just their fists and the odd PR-24. We’re treated to series of laughable scenes such as the black-clad gang breaking into the prison and hiding from searchlights as they run along nicely-lit, whitish walls.  The only memorable thing in the whole film is one guard who is so wide he fills most of the screen.

Maybe it’s intended as a spoof of fight movies or prison movies and I simply missed the joke. 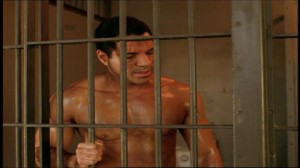 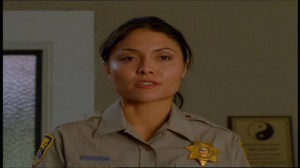