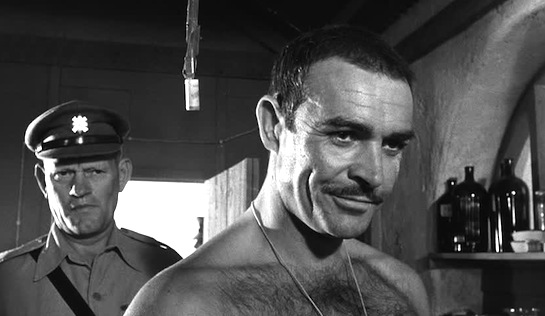 I’d ignored this for years, believing it to be a prisoner-of war movie (a genre I am – for no discernible reason – at great pains to avoid), until it was very sensibly pointed out that despite it being set in a prison which holds only soldiers, it is “not POW, but actually a detention centre for English soldiers who (have behaved) badly. Ergo, prison!”  It’s true; in my ignorance I had neglected a truly magnificent prison flick.

We are introduced to five new prisoners being received into a British military prison in the Libyan desert: the homesick George Stevens (Alfred Lynch), who had gone AWOL trying to stow away to see his wife; the chubby Monty Bartlett (Roy Kinnear), an habitual thief; British-West Indian Jacko King (Ossie Davis), who stole (then drank) three bottles of whisky from a sergeants’ mess; Geordie Jock McGrath (Jack Watson) who assaulted three military policemen; and Trooper Joe Roberts (Sean Connery) who belted his commanding officer who had ordered him and his troops back into action and towards certain oblivion. Roberts’ reputation well precedes him; he can be assured of special attention from the bristling Staff.

On hand to greet the prisoners are Regimental Sergeant Major Bert Wilson (Harry Andrews) and a new boy – Staff Sergeant Williams, who has experience in the ‘civvie’ prison system and is keen to cut his teeth on the new arrivals placed under his control. The RSM is all-powerful, and in the best tradition of despotic seconds-in-command, regards his Commandant with barely concealed contempt: “(He) signs bits of paper. He’d sign his own death warrant if I handed it to him. But I run this place!” The novice Williams is a classic bully; a racist, a man who immediately zones in on the softest target, Stevens (“can’t make up his mind whether he’s a boy or a girl”), and boldly taunts Roberts for his supposed cowardice. Roberts retorts drily, “What are you supposed to be? A brave man in a permanent base job?”

The ritual brutalisation of the men is predictable enough (including sending them up and back over ‘the hill’, a steep energy-sapping pile of sand)… until Williams ignores Stevens’ obvious physical distress and pushes him too far – so far that he dies. Roberts seeks to have Williams held accountable for Stevens’ death; but of his cellmates only King will back him. As the pressure on Williams mounts and others start to distance themselves from him, he tries in desperation to shift blame onto the harried medic (Sir Michael Redgrave) who had pronounced Stevens fit for punishment. And for just a moment, the balance of power shifts.

The cast, it must be said, is terrific. Add to the sureness of their characterisations the tension between the prisoners, Williams’ bastardry, the wavering loyalties of both officers and prisoners as they sense that the safety of their positions is being undermined, the true courage shown by Roberts and King under pressure, the scramble for the tactical upper ground – all of these make the drama compelling viewing. And it ends quite brilliantly.

The rhetoric of turning ‘scum’ into men fit to be sacrificed on battlefields may be slightly less ironic in a civilian prison. But the movie’s themes – the abuse of power by officialdom, the honour in good men refusing to be cowed, their oppressors’ faith in a house of cards – resonate just as strongly in a peacetime urban nick as they do in a stockade in the desert in the middle of a war. 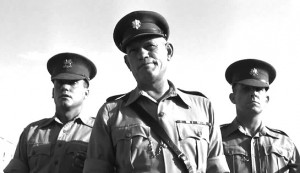 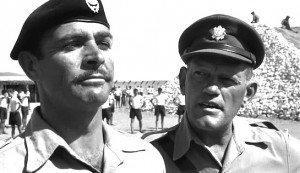 And thanks to Neal Delfield for pointing me in the right direction.