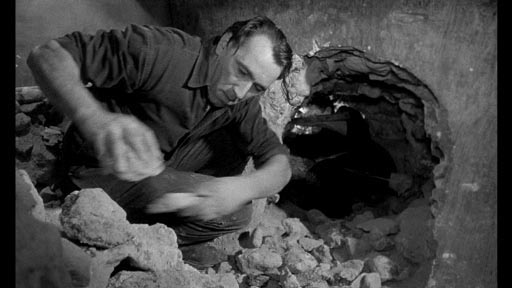 Terrific black-and-white movie based on a real incident from Paris’s La Santé Prison in 1947. The screenplay is co-written by one of those involved, José Giovanni, and another, Jean Keraudy, is cast as one of the prisoners – and is exceptional in the role.

The plot is simple enough; four close-knit prisoners – all looking at very lengthy prison terms – plot to escape from their shared cell, when they are joined by a fifth, Gaspard. He is the classic outsider; younger, richer, of higher social class, and they have to decide whether to include him in their plans. They do.

The strength of the film is in its quiet observations of the dynamics within the group, and its depiction of prison routine. Gaspard soon starts to admire his cellmates – their loyalty, their bond, their acceptance of him, and the boldness of their plan. As a backdrop to their plot is a calmness throughout the prison; prisoners and prison staff are civil, there is much ordinariness and order, there is no gratuitous violence, the daily life of the prison goes on (around what seems to be 23 hours in cell), and even the preparation for the escape is careful, thorough and ingenious – but below the cell floor there is frantic activity as the group tunnel towards the outside.

Just prior to the appointed time for them all to depart, Gaspard gets called up to the warden’s office and is told that his wife, who had accused him of trying to murder her, has withdrawn the charges: he will soon be free, it seems. The success of their escape bid hangs on whether the outsider can be trusted, or whether he has blown the whistle. Gritty and real. 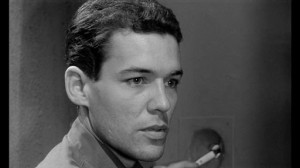 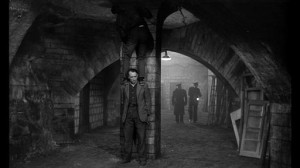