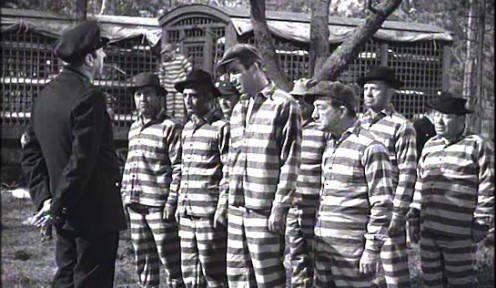 Some rules and some biases…  The prison part of the story has to be central, rather than incidental, to the story.  And not just central to the story, but it pretty much has to be about the prison experience.

No prisoner-of-war camps. Over time I’ve been convinced to include some military prisons and some sci-fi prisons, which I initially refused to consider. No exploitative Women-in-Prison movies, with the odd inexplicable exception.  A definite bias against action movies, which I simply don’t get.

A preference for movies that might reflect prison life in an obscure country.  I mean, I know what a prison in the US or the UK is likely to look like in the movies… but what about a prison in an exotic Sudanese or Bulgarian flick?

And, lastly, a bias towards scripts that don’t rely too heavily on cliché.

Oh, and I know that in the older and crummier movies the whole plot will be given away. But I haven’t spoiled anything if you weren’t going to watch them anyway, and if you’re that keen to see them you won’t care. At least, that’s what I’m hoping.