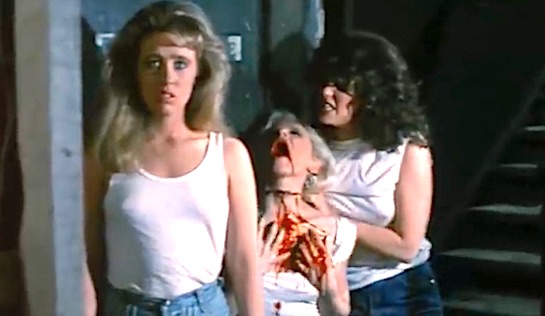 This trashy, tawdry, unimaginative film would be more accurately called ‘Several Bad Women, Amongst a Number of Others Who Aren’t, in a Dormitory with a Large, Rambling Basement Attached’ – if accuracy were ever a goal of the WIP genre.

END_OF_DOCUMENT_TOKEN_TO_BE_REPLACED 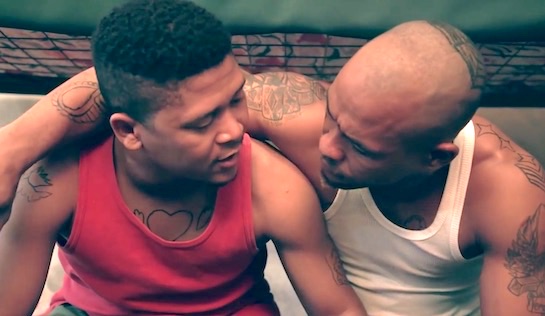 Salute! is a prison film that deserves more than casual attention; it was, in part, written by inmates from the Windhoek Correctional Facility after the story was workshopped there, it was filmed at the prison, and the cast includes prisoners as well as civilian actors. But those assets are probably also its biggest weaknesses. END_OF_DOCUMENT_TOKEN_TO_BE_REPLACED 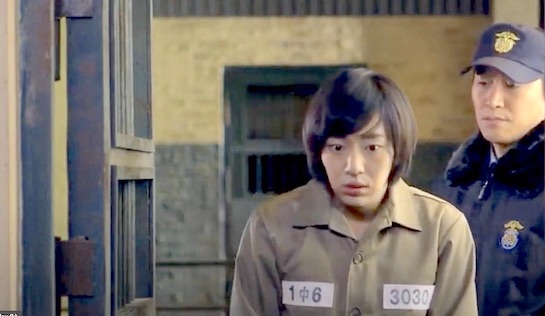 I’ve come to expect so much from South Korean movies that it comes as a bit of a shock when a lacklustre one comes around. END_OF_DOCUMENT_TOKEN_TO_BE_REPLACED

END_OF_DOCUMENT_TOKEN_TO_BE_REPLACED

This is based on a true story. Allegedly. A beautiful young woman, Angela Duvall (Suzane Carvalho), stupidly takes the rap for her morally dissolute, heroin-addled brother, Sergio, who has killed a drug pusher. A third man at the scene would seem to have much to lose should Angela identify him, and he evidently has lots of friends in high-up places who can make life difficult for her. She is given 18 years in the nick, and thrown to the wolves. END_OF_DOCUMENT_TOKEN_TO_BE_REPLACED

From a distance, the post-apartheid South Africa after Nelson Mandela was elected in 1994 appeared to be an exemplar of how two sides of a civil war might be united. Its Truth and Reconciliation Commission (TRC) appeared a model for how a new democratic government might deal with human rights violations perpetrated by both sides, the oppressors and the oppressed, and from that build an inclusive future for all. Up a weeny bit closer, The Forgiven shows some of the fragility of that new order as it seeks to establish itself; the persistence of deep-seated racism, the attempts to undermine the process, and the toll taken on the TRC as it bore the weight of expectations from both the black and white communities. Oh, and all of that in prison. END_OF_DOCUMENT_TOKEN_TO_BE_REPLACED

Two themes run throughout this short movie: the betrayal of women by men, and sleaze. Sleaze, I think, wins. END_OF_DOCUMENT_TOKEN_TO_BE_REPLACED

The Number is based on Jonny Steinberg’s non-fiction book of the same name, based in turn on interviews with Magadien Wentzel, a former high-ranking 28s gang member who served time in the Pollsmoor Prison in Cape Town. Both inside and outside jail, Wentzel has, it seems, so far defied the gang’s dictum that the only way out is through death.  The film sheds light on the mysterious workings of the brutal, ritualistic, militaristic prison gangs in South Africa which maintain their traditions of well over a hundred years… and from which Magadien decides to walk away rather than see his son follow the same path. END_OF_DOCUMENT_TOKEN_TO_BE_REPLACED

With a bit more imagination this could be a much better film… and still be pretty awful. END_OF_DOCUMENT_TOKEN_TO_BE_REPLACED