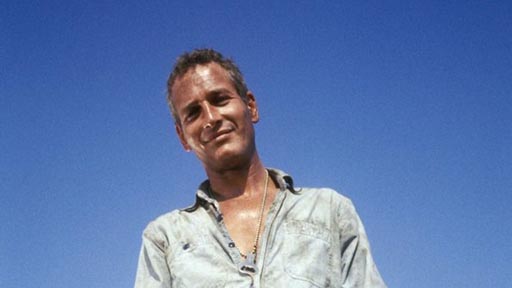 The standout prison film of all time.  In my view.

Why?  For a start, the writer, Donn Pearce, spent a couple of years on a chain gang, which no doubt gives the film its authentic feel. And it’s his script that sets it apart. That and a bit of Paul Newman charisma.

Newman’s Luke finds himself in jail after taking the tops off parking meters in a drunken spree, and is immediately pitted against the system.  From there it could be just another story of a hero (or anti-hero) refusing to bow to authority, but the truth is his regard for those with whom he is imprisoned also has its very real limits.  He challenges authority (by repeatedly escaping, by refusing to be subdued, even by getting the chain gang to work frenetically in the sun one afternoon, confounding the bosses), but he also has little time for the meek acceptance of their lot by his fellow inmates.  When Dragline (the superb George Kennedy), agrees that a new prisoner needs a night ‘in the box’ for a minor infraction because “He gotta learn the rules the same as anybody else”, Luke notes, “Yeah, them poor old bosses need all the help they can get.”  Later, he screams at the other prisoners, who quickly desert him when he seems to have been broken by chains and lengthy spells in ‘the box’, “Stop feedin’ off me!”  Luke won’t conform to what the system wants of him, but nor will he conform to the expectations of his peers.

And then there are the matchless iconic scenes: the mirrored sunglasses of Boss Godfrey; mute and menacing.  The fight scene early in the piece when  Luke keeps getting knocked down by the much larger Dragline, only to keep coming back at him ‘with nothin’.’  The Captain’s: “What we have here is failure to communicate,” after Luke is recaptured one time. The baying of the bloodhounds in pursuit of the escaped convict. The sideshow: “Nobody can eat fifty eggs.”   Or Luke’s retort when the Captain tells him that further punishment is for his own good: “I wish you’d stop bein’ so good to me, Cap’n.” 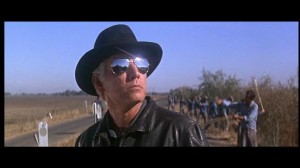 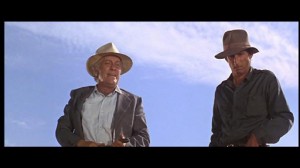