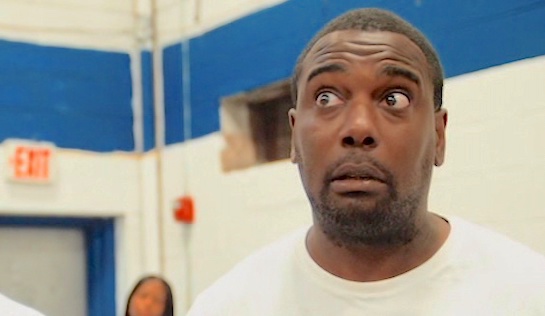 Isn’t social media supposed to be this untamed thing that encourages edgy, boundaries-pushing comedy; providing a counterpoint to traditional ‘mainstream entertainment’? It’s disappointing, then, that this movie by Maurquis Boone and Richard ‘Filthy Rich’ Harris – who, it seems, have forged successful careers in social media and who wrote, directed and starred in this low-budget comedy – tends to mimic the more tired and tiresome of mainstream offerings. END_OF_DOCUMENT_TOKEN_TO_BE_REPLACED

This is a ‘thinly disguised’ account of the prison life of Soledad Brother George Jackson, part of which takes in his romance with activist Angela Davis. It’s an unheralded ’70s prison movie that deserves more heralding, even if it loses a bit of momentum once prisoner and professor meet and start cheesily narrating their letters to each other accompanied by a laid-back R&B soundtrack. END_OF_DOCUMENT_TOKEN_TO_BE_REPLACED

This is the story of a political prisoner and his devoted partner. And of her strength, when she was certain that he was the stronger one. END_OF_DOCUMENT_TOKEN_TO_BE_REPLACED

So, the whole shocking story of Alcatraz’s 29-year life as a Federal Penitentiary comes down to just two incidents, does it – the May 1946 failed escape attempt known as the ‘Battle of Alcatraz’, and the June 1962 escape bid that may or may not have been successful? Oh, and a bit of filler in-between about Clarence Carnes and Robert Stroud. Nothing else, it seems, was shocking, or part of the whole Alcatraz story. END_OF_DOCUMENT_TOKEN_TO_BE_REPLACED

Set against the backdrop of the growing Solidarity movement in the early 1980s, this film tells a simple story: an autsajder (outsider) inside. END_OF_DOCUMENT_TOKEN_TO_BE_REPLACED 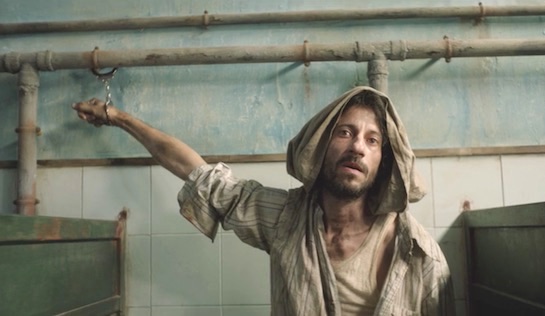 END_OF_DOCUMENT_TOKEN_TO_BE_REPLACED

Before Fortress (1992) and its famous intestinator was this low budget flick, set in 2045 and boasting a very similar device: a ID transmitter/receiver inserted into the pulmonary plexus that not only tracks prisoners’ whereabouts, but allows guards to remotely cause pain to any part of a prisoner’s body (teeth, stomach etc), simply by choosing the relevant button on the remote control. Other than that – and the satellite prison’s sex droids (robots known as ‘pen pals’ which provide sexual favours to the well-behaved prisoners) – it is a pretty standard escape movie. END_OF_DOCUMENT_TOKEN_TO_BE_REPLACED

Chess. It features in so many prison films, and I’m never sure if it hearkens back to a time before TVs were allowed in prisons and prisoners were assiduous chess players, or whether it is just filmmakers’ code – a lazy shorthand way of telling the audience that this person is a master strategist. That said, only a week or so ago I visited a juvenile prison where several young Aboriginal boys were huddled around a chess board, and another giant chess set adorned the yard; maybe it’s making a comeback. In any event, there’s no chess played here, in this film. END_OF_DOCUMENT_TOKEN_TO_BE_REPLACED

I can be a wee bit mistrustful, I know. As soon as I finished watching this movie, based on the life of Yevgenia (or Eugenia) Ginzburg, I sought out her true life story to see if it matched the film version. There are some differences between the two, it seems, and some of which I get; after all, you want people to watch the movie. END_OF_DOCUMENT_TOKEN_TO_BE_REPLACED

Ozzy isn’t quite the new Toy Story 3 (2010); it lacks much of the cleverness and multi-dimensional appeal of the earlier animated feature. But as another heart-warming movie about discarded anthropomorphic beings longing to be reunited with their families, it happily shares something of the same vibe. END_OF_DOCUMENT_TOKEN_TO_BE_REPLACED