Set against the backdrop of the growing Solidarity movement in the early 1980s, this film tells a simple story: an autsajder (outsider) inside.

It’s 1982. Franciszek (Franek) Kupiek (Lukasz Sikora) is a long-haired, 21-year-old student in Katowice, and Poland is under martial law in an attempt to crush all political opposition to the communist regime. He lives at home with his mother Franka (Dorota Pomykala), loves art and his girlfriend, Buszka (Katarzyna Galazka), or at least his girlfriend’s body, and, unlike many of those around him, has absolutely no interest in politics.

Which makes it tricky when he dallies too long at Buszka’s, is caught outdoors after the 10.00pm curfew cut-off, stupidly makes a run for it when approached by officers of the citizens’ militia, and is bundled off for questioning.

An art student and painter, he has splotches of paint on his overcoat which immediately place him under suspicion of daubing anti-regime slogans on local walls… and after he is lodged in a spartan detention centre and vigorously interrogated, the militia find a package of insurgent leaflets that he has trustingly allowed his friend Beno to store at his place.

Despite being knocked about by the militiamen he doesn’t divulge the names of any of his friends or where the package came from. He complains to a nicotine-withdrawing cellmate of a sore tooth and is promptly led to see a dentist – where he is strapped to the chair and a variety of nasty drills are employed with the aim encouraging him to talk. He doesn’t… and would sensibly have resolved not to trust cellmates who are hanging out in the future.

The authorities ultimately seem to grow weary of torturing him, and have him sentenced to four years’ jail instead. He is taken to a real prison where he is again very much the outsider – young, a bit vulnerable, educated and innocent. His hair is chopped off and he gets to mix with real criminals, including cellmate Dziadek or ‘Pops’ (Tomasz Sapryk) who makes a clumsy sexual approach to him – and then immediately apologises, blaming it on his 20 years in prison and the hopelessness which comes from killing a warder (whom he claims was beating his cellmate to death), and expecting never to be released.

No sooner is Franek settled in than he is moved again, to a new jail where he is placed with three political prisoners, Mietek (Robert Gulaczyk) and Andrzej (both of whom led strikes), and Tadeusz (a psychology professor). Franek is once more the outsider; an apolitical political prisoner. But he goes along with the others; Mietek is the most militant and organises hunger strikes and passive protests against the authorities not giving them political prison status… none of which end well.

When he’s released from prison (early) he discovers that Buszka has moved on and that not even his country wants him any more.

All in all, it is a fairly disappointing film. It makes the mistake, I think, of plucking a story from a really extraordinary period in history… and thinking that the turbulence and drama of those times will be sufficient to carry the film. They can’t. The film charts Franek’s journey, but opportunities to convey his courage (doing jail for a friend, withstanding torture), his fear (of being imprisoned with real criminals, of being tortured again, for his future), and his loneliness and despair (at being abandoned by his friends and girlfriend) either seem to go begging or lack conviction and power.

As prison movie prisons go, these ones (once he gets to the real jails) are unexpectedly on the benign side. There are not-so-veiled threats to Franek about what happens to ‘pansies’ in prison #1, but he is seemingly able to keep safe. The jails are not luxurious, but in prison #2 the men have so much chocolate they can afford to give some to the nice guards’ children, and never seem to be short of cigarettes. The communist regime is shown to be bullying, paranoid and heavy-handed, but you wouldn’t get the impression that its treatment of its imprisoned political opponents was particularly brutal.

Indeed, the worst that the prisons have to offer is when “Time’s up!” is called precisely 1 minute 21 seconds into Franek’s first visit with his mother, some retributive strip searching when it is discovered that messages have been smuggled out of the prison, and some arbitrary singling out (doubling out?) of Franek and another man who are ordered to have ‘hard beds’ for a week after a yard protest is broken up. We have all seen much worse.

And I wish this were better. 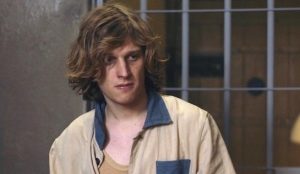 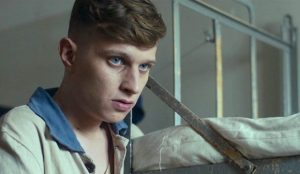 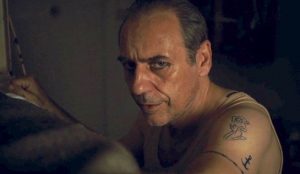 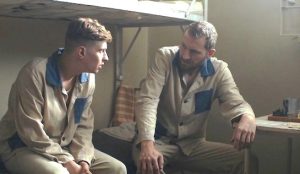 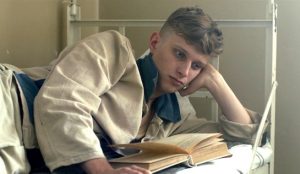 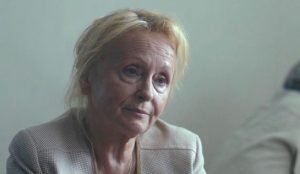