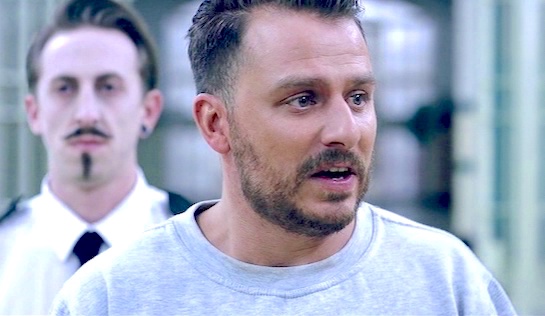 I think that this is the first romantic comedy I’ve seen where the couple spend a fair whack of the film drenched in the blood of exploding vampires. I may be wrong. END_OF_DOCUMENT_TOKEN_TO_BE_REPLACED

This is a ‘thinly disguised’ account of the prison life of Soledad Brother George Jackson, part of which takes in his romance with activist Angela Davis. It’s an unheralded ’70s prison movie that deserves more heralding, even if it loses a bit of momentum once prisoner and professor meet and start cheesily narrating their letters to each other accompanied by a laid-back R&B soundtrack. END_OF_DOCUMENT_TOKEN_TO_BE_REPLACED

I’m all for prison movies, and other media, spruiking the good things that prisons do, and not just wallowing in the damage they cause and the mayhem that is created within them. But this film should come with a warning about it being a paid advertisement for the Federal Bureau of Prisons. END_OF_DOCUMENT_TOKEN_TO_BE_REPLACED

“I don’t want to get to be you and stagnate and finish here… I don’t want to grow old living in here,” says prison novice Martine Fresienne (Martine Brochard) to her cellmates. What her pronouncement lacks in diplomacy, it makes up for in wackiness. END_OF_DOCUMENT_TOKEN_TO_BE_REPLACED 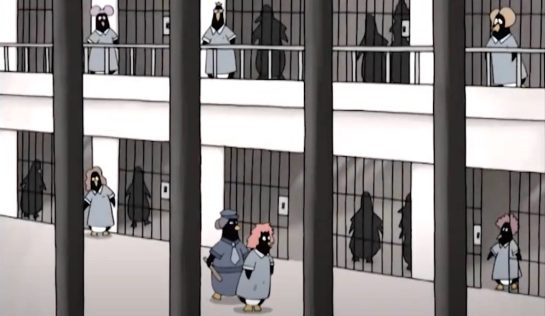 At last! A prison movie that knows its plaice! END_OF_DOCUMENT_TOKEN_TO_BE_REPLACED

The difficulty with an escape movie based on a real-life escape is that you know the outcome even before the action starts. Whatever suspense that might be built into the story – the risks taken, the panicky times when they are nearly discovered, the obstacles that threaten the plot’s success – you know will amount to nothing. Come to think of it, that applies to virtually every escape movie, true or otherwise. Every action movie, in fact.  END_OF_DOCUMENT_TOKEN_TO_BE_REPLACED

This story seemed a little familiar, and it took me some time to work out that it is a reworking of Ladies of the Big House (1931), both films based on the same play by Ernest Booth, written while he was serving a sentence in San Quentin. In all, Booth served around 30 years in prison, so he knew more than most about the caper… but less about women’s prisons, one would imagine. And even less about happy endings, you’d think, but he knew enough about successful theatrical formulae to make sure his story had one.  END_OF_DOCUMENT_TOKEN_TO_BE_REPLACED

From a distance, the post-apartheid South Africa after Nelson Mandela was elected in 1994 appeared to be an exemplar of how two sides of a civil war might be united. Its Truth and Reconciliation Commission (TRC) appeared a model for how a new democratic government might deal with human rights violations perpetrated by both sides, the oppressors and the oppressed, and from that build an inclusive future for all. Up a weeny bit closer, The Forgiven shows some of the fragility of that new order as it seeks to establish itself; the persistence of deep-seated racism, the attempts to undermine the process, and the toll taken on the TRC as it bore the weight of expectations from both the black and white communities. Oh, and all of that in prison. END_OF_DOCUMENT_TOKEN_TO_BE_REPLACED

Tomorrow’s Joe is a reworking, 40+ years down the track, of the boxing manga Ashita no Joe, which had already inspired a 79-episode TV series, two feature films (one anime) and another spin-off. It’s a Rocky-esque rags-to-not-quite-riches underdog story, with prison setting the tone for what is to come.  END_OF_DOCUMENT_TOKEN_TO_BE_REPLACED