I’m all for prison movies, and other media, spruiking the good things that prisons do, and not just wallowing in the damage they cause and the mayhem that is created within them. But this film should come with a warning about it being a paid advertisement for the Federal Bureau of Prisons.

It follows five prisoners, all co-accused. Four are members of big-time crook Clyde ‘Reno’ Madigan’s gang. Reno (Bernard Nedell) has done quite a bit of jail time, and it’s not hard to see why. The team he has assembled around him comprises Albert ‘Groper’ Crane (John Gallaudet), who has a ‘a few loose buttons,’ the dopey George ‘Bugs’ Jacklin (Edward Gargan), and the sharpest of the lot, Kitty (Rita Johnson), who cases the banks before the boys rob them. Not only does his crew have some vulnerabilities under pressure, Reno is not the sort of guy who is happy to lie low after a job, but instead is quick to follow up with another as soon as he can.

The fifth of the group is Joe Cameron (Tom Neal), a down-on-his-luck, bitter-but-decent kid, whom Kitty rescues after he can’t pay for a feed in a diner, and she finishes up recruiting him as the gang’s getaway driver.

Inevitably, they get busted after a big robbery and a big shoot out, and the men all wind up in the slammer in Atlanta: Joe for 2 years, Groper for 3, Bugs for 4, and Reno for 20. Kitty, who was shot by police and would have been left for dead by Reno if Joe hadn’t gone back for her, gets 1 year and 1 day, is sent to the Federal Industrial Institution for Women in Alderson, West Virginia. They all have chips on their shoulders, of different types and sizes.

And that’s where the marvellous Bureau of Prisons steps in. In a world-record-attempt at squeezing the most old white blokes around one table, the Atlanta Penitentiary’s team of professionals looks at every aspect of the prisoner’s life and upbringing, and customises a plan for each one of them. Groper confides in the psychiatrist about what nasty things women are secretly doing to him, and soon, having the source of it explained, is without paranoid or persecutory symptoms. The chaplain arranges for Bugs to attempt to reconcile with his wife, who had kicked him out, and she agrees to give him another chance. Joe gets his broken wrist operated on, which allows him to do manual work again, and he is sent away to a reformatory in Chillicothe, Ohio for young, first-time offenders (and away from Reno’s influence), where he learns to weld. Kitty is persuaded that she can make more money legitimately as a beauty consultant than Reno paid her, and continues on that work inside. She and Joe exchange letters.

And Reno? Well, Reno is sweating on Joe getting out and recovering the buried $33,000 from the last bank job, and then arranging for him to be sprung. But he’s impatient, and gets someone else to smuggle in some guns – with which he gets caught, and is sent off to Alcatraz… just to show that it’s not all cosy social work and cuddles – that the Bureau can be tough when it needs to be.

Things are going well for Joe and Kitty after they’re released, in different States, until Reno sends his old cellmate, ‘Sloppy Joe’ (George Tobias), to track down Joe, whom Reno believes has ratted on him, to get his money back. Kitty and Joe’s commitment to the straight-and-narrow is tested, but of course they come through – the Bureau having prepared these ex-convicts to be fine, law-abiding citizens of the future. And, of course, their love is cemented in their upstandingness.

The film is endorsed (indeed, introduced) by the Bureau of Prisons, which also granted access inside each of the prisons for the filming. As you’d expect, the prisons are pristine, orderly, and well-managed.

It must have been a fairly progressive (and maybe even brave) depiction of the purpose of prisons in the 1930s, and it certainly shows off the broad approach and celebrates the impressive results achieved with magic-wand penology. And is perhaps not be so out-of-place today, even if we might baulk just a little at the ease with which everything falls into place. 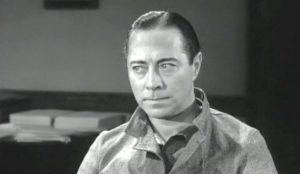 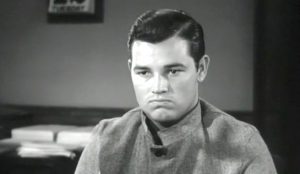 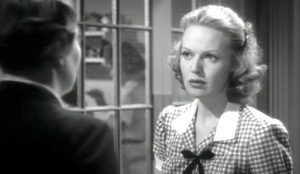 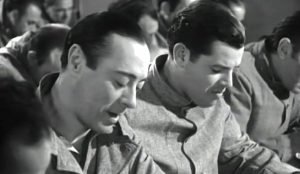 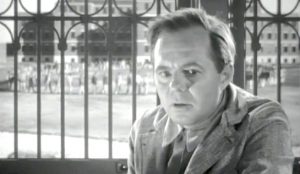 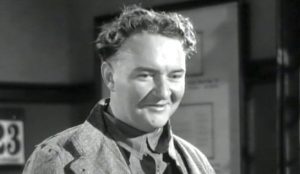