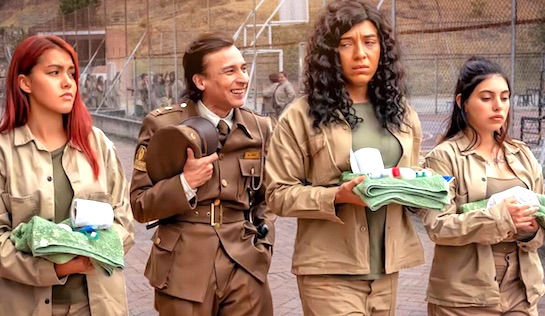 First things first: Lokillo is the name by which comedian Yédison Flórez is better known, and ‘Mi Otra Yo’ translates as ‘My Other Self’. The word ‘lokillo’ conveys a sense of a little bit mad; a little bit loco. And a little bit loco, in this case, is a man pretending to be a woman in a women’s prison, partly for witness protection purposes and partly as an undercover informant. Comedy gold.

It stars, naturally enough, Lokillo; here playing Jimmy Barón, an arrogant jerk of a comic who is the host of a TV show, The Least Expected Hour, where he specialises in lame, sexist patter. After one show he rudely rebuffs a woman who has sat stony-faced through the performance but approaches him at the end, hoping that he will see her gravely ill sister (who is a huge fan) in hospital. Later, in an affront to his manhood, he has his car ambushed by a not-to-be-messed-with woman, known as Sizu (Shirly Gómez), who compellingly invites him to perform a routine for a local drug lord, Augustín (‘Peluca’ or ‘Wig’) Ortiz (Javier Gardeazábal). Jimmy sensibly complies with the request.

For some reason Ortiz wants Jimmy to dress as a woman for his private show, and it’s not clear whether the drug boss thinks that will make the performance even funnier, or whether he is seeking to demean Jimmy as payback for his demeaning of women. The former seems more likely. While he’s at the Ortiz mansion, in drag, the crime boss shoots (and wounds) a female undercover agent, and escapes. Jimmy is the main witness (or maybe, it’s thought, even an accessory to the shooting) and is interviewed by a prosecutor, Liliana Navarro (Jessica Cediel), who just happens to be beautiful… and also the woman whose cancer-stricken sister Jimmy would not visit in hospital. Oops.

Luckily, Liliana believes Jimmy’s story – but that means that his life is suddenly in real danger. Some makeup artists are duly brought in; his goatee is removed, he is given a big, curly wig, Liliana gives him a crash course in female deportment, and he is transformed into Paola – who will, they decide, be hidden in the women’s prison. Oh, and while you’re there, Jimmy, could you find out about an escape plot involving one of Ortiz’s old girlfriends?

There are, of course, some near misses when he is nearly exposed; but not only is he a quick-witted comedian, he is also an erudite one – claiming dishabiliophobia (the fear of undressing in front of people) to explain why he won’t strip down in the showers.

More importantly, he goes through some predictable re-education of his own. He shares a cell with Valery (Carla Giraldo), who is initially very tight-lipped about what got her into prison, other than to say that she’s twoish years into a six year stretch. Valery’s friends Lourdes (Ana María Sánchez), María Paz (Adelaida Buscató) and Pepa (Conny Hernández) are more forthcoming, and all are proud, strong women who have been the victims of caddish, treacherous behaviour by rotters of men.

Meanwhile, one of the guards, Ángel (Jair Rodriguez), senses that Paola is ‘not like the others’, and falls in love with her. He even invites his mother in to meet her and arranges a priest to bless their union. Hmmm.

With unfortunate rom com syrupiness, Paola ultimately does all that one could wish for; assisting the authorities in the escape (by an impressive tunnel), and transforming himself into a staunch advocate for women. And, naturally, getting the girl.

It’s a tired plot, and marred by silly things (why, for example, would Liliana’s sister be a fan of such a celebrity louse, and why would the high-profile prosecutor risk exposing Paola’s cooperation by visiting her openly in the visits centre?).

And it’s a tired plot that wasn’t very funny the first time round. This version doesn’t change things. And there’s something really quite depressing about a sexist man pretending to be a woman being looked up to by perfectly capable women. 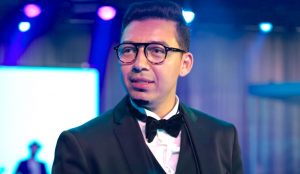 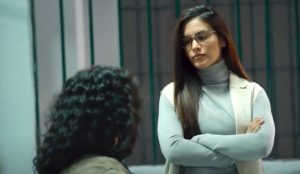 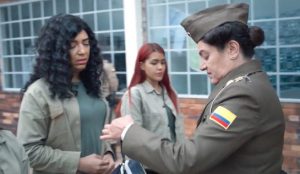 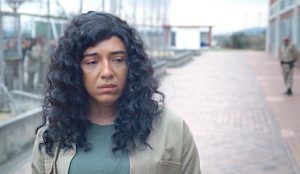 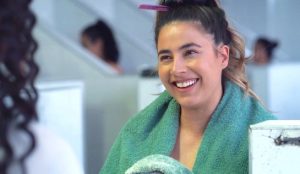 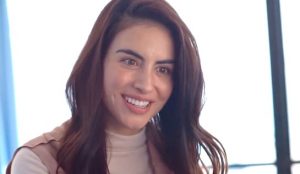 Watch it on Netflix (or YouTube if you don’t need subtitles).