Chess. It features in so many prison films, and I’m never sure if it hearkens back to a time before TVs were allowed in prisons and prisoners were assiduous chess players, or whether it is just filmmakers’ code – a lazy shorthand way of telling the audience that this person is a master strategist. That said, only a week or so ago I visited a juvenile prison where several young Aboriginal boys were huddled around a chess board, and another giant chess set adorned the yard; maybe it’s making a comeback. In any event, there’s no chess played here, in this film.

And the master strategist is not even in prison. Senator Franco (Antonio Calloni) has embezzled 42 million real (around US$12m) from ‘the vaults of Social Welfare’ but has been acquitted of all charges. Not so lucky is his assistant, Guilhermina (Mina) Dos Santos (Priscila Fantin), who is sent away for 16 years. Mina is not exactly innocent, one suspects, but is carrying the can for her ex-boss, has enough information salted away to prove his guilt and ruin his career, and wants her share. It would clearly be easier for Franco if he didn’t have contend with any of that.

Three or so years into her sentence, Mina has – unusually for a white collar offender – assumed the role of top dog, in charge of the lucrative haircare product and drug trade, from which the prison Director, Geraldo (Tuca Andrada) takes a cut as well. She is denied parole (you’d think rather too early in her sentence, but for common crimes in Brazil a prisoner can be released after serving just a sixth of their sentence), and suspects high-level interference. With good reason.

Mina, together with her cellmate and minder Martona, unkindly known as ‘Godzilla’ (Luana Xavier), and a spirited newcomer, Elizabeth (Beth) Cristina Pereira (Carla Marins), start being targeted by the authorities – thrown in ‘the hole’ (a pitch black punishment cell) where they are starved and beaten by one of the guards, Valtinho (Fabio Nascimento). Geraldo, whose first meeting with Beth included a review of her escape history, a sexual advance and a knee or fist to the groin, pays another prisoner, Preta (Élane Gonçalo), who owes money to Mina, to stab her. Mina is ready for the attack, overpowers her and stabs her would-be assailant in the leg… from which Preta bleeds out and dies.

With the situation becoming more and more desperate, Mina, Beth and Martona decide that the only way out is to break their way out… which they do with the assistance of Mina’s sister Jullienne (Cintia Fellicio) and a sympathetic guard. An inevitable reunion with Franco awaits.

This is, in many respects, traditional Women in Prison movie fare – minus the shower scenes and predatory sex scenes. Which means, I suppose, that there is a corrupt and sexually exploitative warden and corrupt and sexually exploitative guards. Or guard. What sets it apart from most others is the complexity of the chess moves; who the pawns are, and which white pieces turn out to be black pieces.

There are other bits to like, too. For a start, the prisoners don’t look at though they’ve stepped off the cover of Sports Illustrated – so it earns some early credibility. But then you wonder why it has taken power-schemer Franco three years to start getting edgy about the damage that Mina could do; that’s a little incredible. As is the generosity of space. Brazil’s prisons (and women’s prisons) are notoriously overcrowded, but you wouldn’t think so from this film; maybe this one is the exception. I’ve read, also, that male guards are prevented by law to work in women’s prisons in Brazil – that’s clearly not the case here… but perhaps the law is ignored in real life, too.

I can’t remember why I never really took to chess as a kid; maybe it was hard to find someone else to play against, or more probably I lost a lot more than I won. If nothing else, this film reminds you that just one false step can prove fatal and that each game has a winner and a loser. 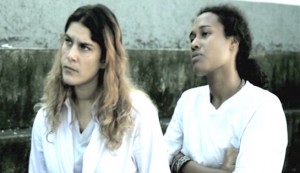 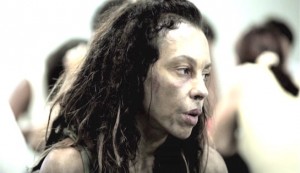 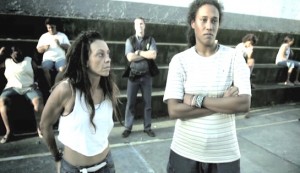 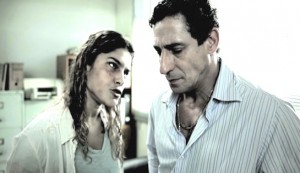