Before Fortress (1992) and its famous intestinator was this low budget flick, set in 2045 and boasting a very similar device: a ID transmitter/receiver inserted into the pulmonary plexus that not only tracks prisoners’ whereabouts, but allows guards to remotely cause pain to any part of a prisoner’s body (teeth, stomach etc), simply by choosing the relevant button on the remote control. Other than that – and the satellite prison’s sex droids (robots known as ‘pen pals’ which provide sexual favours to the well-behaved prisoners) – it is a pretty standard escape movie.

The chief protagonist, Andy Lavette (Jackson Bostwick), is a bit unlucky. Someone has been trying to pin something nasty on him for some time, and when a man being tortured says the name ‘Andrei’, that’s close enough for him to be arrested, found guilty, and sentenced to life imprisonment on Detention Satellite 3 (or DS-3 for short). His crime: something to do with microdots which were vital to World Council security and which led to an accident on Starbase 14 in which people were killed. But all you need to know, really, is that Andy is a good guy and didn’t do it.

So of course he plots to escape from the moment he arrives on DS-3, not deterred by the fact that no-one has ever escaped from it before. His pod mates are trusty MacKenzie (Mac) Gwen* (Bubba Smith), who killed a man while serving a sentence in Arizona and got sent to DS-3 for 25 years, Kim Laing** (David Chandler), a whiz with electronic circuitry, and Jesse Michaels (Cameron Mitchell Jr), a chemistry boffin. Andy brings them all into the plot, gets them fit, and uses their skills to great effect, even dragging Jesse out of his drug induced stupor to do so. Mac, Andy realises early in the piece, is feeding stuff back to the guards… so he treats him with particular caution, and never discloses the whole plot to any of them.

DS-3 is in permanent orbit over the federated states of Africa and is an interesting prison. It allows prisoners to get out of it on sanctioned drugs, and to get off on the services provided by the pen pals. Yet the guards run a tight ship; with the touch of a button they can they can stop the prisoners in their tracks – which they can do to prevent the escalation of violence, for example, or because they simply want to, for no reason. One of the guards, Paul, lost a brother and a fiancée on Starbase 14, and is not overly well-disposed towards Andy from the start.

Still, Andy is allowed access to welding equipment to construct metal sculptures, Jesse is allowed to work in the medical centre with access to chemicals, and Kim works on circuits when the prison’s systems fail – all a little risky to the prison’s security, one might think. And despite the sophistication of its tracking and pain-inducing gadgetry and the presence of CCTV and audio surveillance everywhere, the guards are bizarrely unable to monitor hushed conversations between the prisoners as they ready themselves for the escape bid.

The escape, of course, is inevitable: when did an innocent good guy ever fail in such an endeavour? (Apart from anything else, the movie would have had to be called Failed Attempt to Escape from DS-3). I feel confident in saying that it is the only escape in which the use of sculpture, explosive devices, and the capacity to reprogram sex robots are used in equal measure.

Escape from DS-3 is decidedly low-budget and a little different. It’s inoffensive; not great, but not terrible, either. 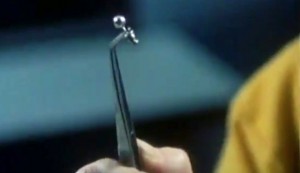 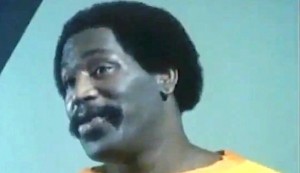 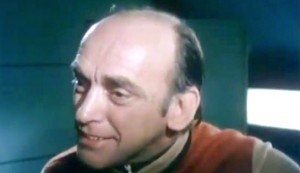 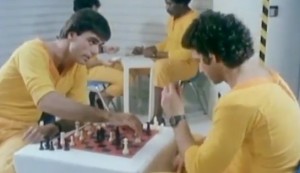 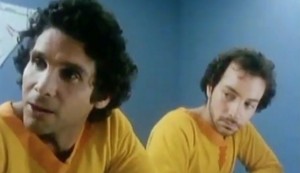 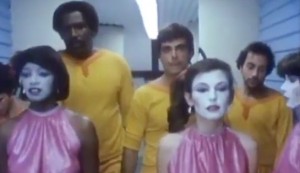 It’s available on YouTube (with Russian subtitles if they help).

*  It could be McKenzie Glenn or Gwynne; it’s hard to say. The Russians translate it as ‘????’ or Gwen, so that’s good enough for me.

** And I’m also guessing at Laing; it could be Kim Ling or Lang or Leng for all I know.