With a bit more imagination this could be a much better film… and still be pretty awful.

American schoolgirl Mallory (Kelly Ann McCart) is living with her rich uncle Tommy (writer and director Jared Cohn) in an undisclosed South East Asian country. She is confronted by three local students who have resented her telling tales on one of them, Nenita (Christiana Chaiwanna); Nenita punches her and spits in her face, and Mallory retaliates by clocking her over the head with a pipe.

She is charged and gets sentenced in the judge’s chambers to two years in a girls’ reformatory, and fined 5 million (American dollars? Peso? Baht? Ringgit? 5 million something). She is not taken into custody, but allowed to pack her pink suitcase and check into her new lodgings a bit later, with her uncle there to support her. She arrives at the swish Lattsan Correctional Facility for Girls, where she and Tommy see the great facilities and are welcomed by the warden figure, who introduces herself with “I’m Jenifer.. the Head Master here.” Strangely for such a high-ranking officer, Jenifer (Maythavee Weiss) has the word ‘Corporal’ on her hat badge, and is referred to elsewhere as Tuptim, maybe Tuptim Jenifer, just to confuse things. Anyway, the niceties over and Tommy sent away, Mallory is led to the real, not-just-for-show Lattsan, which is cramped and considerably dirtier, nastier and less shiny, and has the obligatory rat running across the cell floor. And multi-coloured graffiti all over the cell walls, painted (mostly in English, surprisingly) with spray cans, which some might consider an odd thing to allow prisoners to have in their possession.

Locked Up is the sort of film that is not about to let any prison movie cliche, or opportunity to dispense with underwear or any other item of clothing, pass by. “Mmmm; fresh meat,” says one European woman (and I use ‘woman’ rather than ‘girl’ advisedly), Riza (Anastasia Maslova), upon Mallory’s arrival. Another woman, Bell (Panipak Jaemmangkang) intervenes on Mallory’s behalf. “Thank you,” says Mallory, gratefully, when the immediate danger has passed. “Thank me again I’ll kill ya!” Bell spits back. What? It’s that sort of film.

Riza, luckily, is not in Mallory’s cell. Instead, there’s a number of Asian women who are conspicuously unimportant, and the European Kat (Katrina Grey), who was caught smuggling drugs for her boyfriend. Kat (after welcoming her with, “Are you a crier?” because she doesn’t want her sleep disturbed) befriends her and fills her in on the prison’s fight nights, the sex, the gambling, the corruption.

Oh, the corruption!  Uncle Tommy is busily bribing all sorts of people but not the right ones, it seems. Jenifer arranges for three of her male staff to rape Mallory, with the threat that there will be more such assaults each week if payments aren’t made by her rich father in America (who seems to be totally disinterested in her). And Mallory is told to toughen up, because her first fight has been scheduled in two weeks’ time.

She trains really hard for her fight, under Kat’s guidance. Although it’s only days after her gang rape and subsequent attempt to kill herself, Mallory succumbs happily to Kat’s overtures to get nakeder, hotter and sweatier on the bench press. She is then is matched in a tryout bout with Nenita (who has inexplicably also graduated from school to the reformatory). After she dispatches Nenita, Jenifer tells Mallory that she she will next fight Riza. And that if she wins, it will mean her freedom.

Now, Riza is no pushover. She apparently wiped out her entire family (and the cat) when she was around 14, and has earned her reputation as someone not to be messed with. But just to make sure she wins, Jenifer gives her steroid injections and prevents Mallory from training in the gym… and eating. Mallory is so starved that she traps and eats a baby rat. Or mouse. Raw. As you do.

Bell tells Mallory that victory is a matter of mind, not brawn, but when the two protagonists fight off there is not much evidence of brainwork. There is, however, a climax of unlikely proportions.

Why is it such an awful film? Partly, I think, because Mallory is pretty unlikeable; she is perpetually affronted, miserable and aggrieved, and the fact that she has extremely good reasons to be affronted, miserable and aggrieved doesn’t make her any easier to like. But, mainly, it’s the paucity of any original thought; it’s the xenophobia; it’s the voyeurism. It’s an exploitation movie of the worst kind.

It’s such an insulting and unflattering picture of a prison that despite it being filmed in Thailand and most of the cast being Thai, the Thais presumably insisted on it being distanced as much as possible from that country. And for good reason. 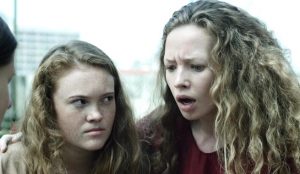 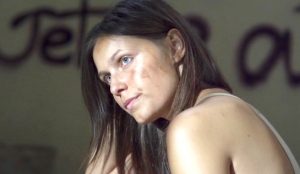 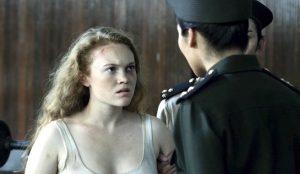 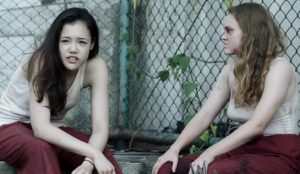 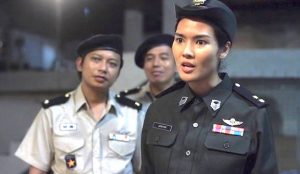 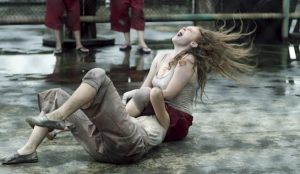