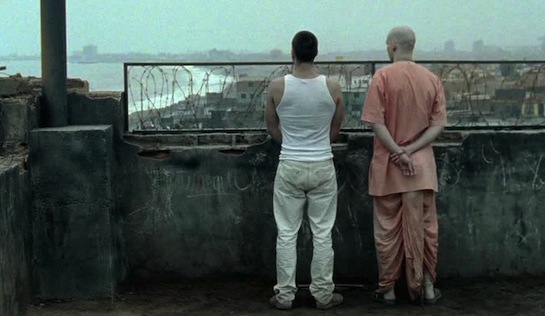 There have been prisoners in unwelcoming foreign jails before – in Russia (In Hell, 2003), Thailand (Brokedown Palace, 1999), Mexico (Get the Gringo, 2012), Morocco (Hell in Tangier, 2006), and of course Turkey (Midnight Express, 1978), amongst others. And now we have a well-to-do young American battling a corrupt justice system while languishing in the El Sexto Prison in Lima, Peru – the site of several real-life riots in the early ’80s (including one in 1981 in which 27 prisoners died in a gang-related fight, and one in 1984 in which 24 prisoners died) before it was closed in 1986. It’s based on the true story of Monty Fisher, who wrote the script.

Wayne Montgomery (John Robinson) is the Fisher character: a surfer from Beverly Hills. It’s April, 1980, and life is good; the sun shines and the first free election in years is imminent. Wayne has a teaching job, surfs, and has been in Lima for long enough to have attracted a beautiful Peruvian girlfriend, Maritza (Anahi de Cardenas). Then he is arrested, and things turn not-so-good.

When he is taken into custody, he assumes it is on a visa violation. He runs from the arresting officers, which doesn’t help his cause; indeed, it serves to make Lt Gutierrez (Michael de Lorenzo), in particular, very angry. Gutierrez breaks his toe to make sure he doesn’t run away again, and soon after surfer-boy learns that he has been charged with possessing a significant quantity of drugs rather inconveniently planted in his backpack. Not so good.

But Wayne is as stubborn as his hair is lank and his manner unappealing. On principle, he refuses to countenance paying off his captors to secure his freedom, despite running the risk of having to serve a very long time in prison. He befriends some local prisoners (some of whom are striking teachers or who have otherwise upset the regime), and forms a close bond with another foreigner – a Hare Krishna devotee, Jorge (Johnny Lewis, no stranger to prison himself before he died), in prison for mislaying his ID. And he does his best to avoid an odious, gold-toothed outsider known as Nicaragua (Alex Meraz), who could possibly be Colombian but, in any event, is unequivocally and wonderfully unpleasant – just the sort of person with whom you don’t want to share a mattress on the floor.

Anyhow, Wayne heroically continues to refuse to allow money to be extorted from him or his family… until Gutierrez takes him on an outing to the beach and half drowns him. His principles abandoned, Wayne offers him every cent that he has: $186. Gutierrez is not amused.

True to the real El Sexto (the Sixth) story, there is a riot, but not due to gang activity or the brutal conditions. Rather, there are several outbreaks of violence which collide spectacularly, with Gutierrez and Nicaragua excelling themselves. Fortunately for the viewer there are good guys for whom you can cheer, and bad guys whom you can hate – good old-fashioned cinematic values with all the complexity of Cowboys and Indians.

So is it any kinder to the locals than, say, Midnight Express?  Just. The Peruvian prisoners (most of whom are played by born again ex-prisoners) are shown as largely benign – honourable men fighting for social justice, and Gutierrez’s boss, Lt Col Ramos, is also a basically decent man. But the prison staff and the prison conditions are generally depicted exactly as you might expect in a film where an innocent American (and quite a few locals) are tortured in a foreign prison, with the distinction between the military junta, the police and the prison authorities a little blurry.

It’s not a film that breaks a lot of new ground – although it is the only film I can think of where gritty scenes of prison life are interspersed with shots of bikini-clad girls on the beach, and which features a Hare Krishna as a prisoner. 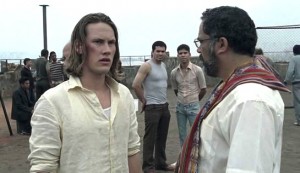 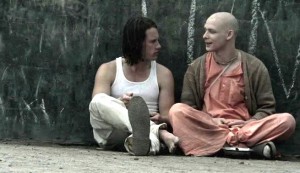