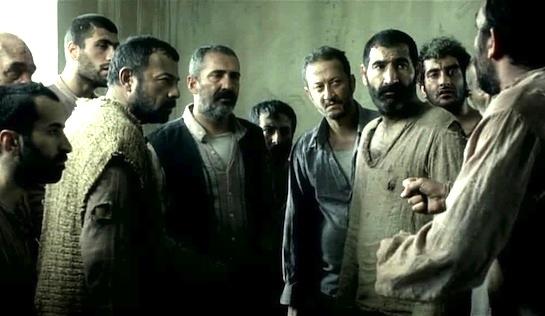 Translating as Ward 72 (or Cell 72), this is an updated version of the 1987 film based on Orhan Kemal’s 1967 play about being imprisoned during his wartime military service in Ni?de. If you’re looking for a cheery film to watch, this probably isn’t it. But it’s very much worth watching.

It’s set in a prison for both men and women in the midst of a Turkish famine during World War II. While a good part of the remake concerns the women’s ward, neither the book nor the 1987 film devote much time to the female prisoners. It could of course be that the casting of popular Turkish actress (and singer, beauty queen, editor, fashion designer and champion swimmer and tennis player – if Wikipedia can be believed) Hülya Av?ar in the lead female role prompted a small departure or two from the original storyline.

The film starts as it intends to continue – with bleak observations about human dignity – as the poorest of the prisoners fight furiously over chicken bones discarded by those prisoners who have money and can afford to eat.

The only prisoner who stays apart from it all is Ahmet Kaptan (Yavuz Bingöl), serving 20 years because he obliquely ‘didn’t let his father die for nothing.’ He is former cargo-ship captain and well travelled, but more importantly is an honourable man; that is quickly established. When his mother suddenly sends him 150 lira he is rich beyond belief, but rather than move from Ward 72, as expected, he stays and shares his wealth amongst the starving men around him. He provides them with food and cigarettes and buys them coats in the winter.

From his exercise yard Kaptan catches a glimpse of a beautiful, newly-received female prisoner, Fatma (Av?ar), who has already served 15 years at a prison in Konya for killing her father (as he was attempting to rape her). He is immediately smitten, but because he cannot write he employs a fellow prisoner, Bobi (Bülent ?akrak), who has access to the women’s quarters, to write and deliver his love letters to her. Bobi seizes upon the opportunity to squeeze some money out of Kaptan; he delivers none of the letters but leads Kaptan on by composing loving responses purportedly from Fatma, and pockets all the money that Kaptan sends her to ensure that she does not have to live by washing other prisoners’ laundry.

Another prisoner convinces Kaptan that if he plays the dice he could more than double his money and buy a house that he and Fatma could share after their release. It’s a prospect that the infatuated Kaptan cannot resist. At first his luck is in; his winnings pile up and he generously shares his good fortune with his fellow prisoners. But his infatuation with Fatma soon descends into obsession, and then slides into madness. And, inevitably, when his lucky streak ends and his gambling losses mount, the others withdraw from him. He is no longer referred to as ‘Agha’, and is reduced to a gullible dreamer who is pitiable and broke; in the end, as the real cold sets in, the other prisoners ruthlessly scam the clothes off his back, assuring him that Fatma had asked for them to wash them.

Fatma, meanwhile, is oblivious to Kaptan’s devotion to her, and has major trials of her own. Why she was moved from the prison in Konya is never explained, but she is not to be messed with, and is fiercely independent. Her friendship with a young pregnant woman on death row, Meryem (Songül Öden), demonstrates the same sort of quiet humanity that sets Kaptan apart from the others. She may be less generous in spirit than Kaptan, but she has resilience whereas he does not.

The film portrays a very bleak picture of imprisonment in Turkey (at least as it was in the 1940s). It is made more bleak by the snow that keeps falling – making us more acutely aware of the vulnerability to the cold and the hunger of the poorest prisoners, and the pain caused by the guards’ baton assaults and other brutalities. The contrast between the wealthier prisoners, who enjoy a comfortable, privileged existence, and the ‘adembabalar’ who have nothing, is stark and troubling. But more grim still is the failure of a decent, honourable man to have anything more than a fleeting impact on those around him, or be treated with the dignity that he extended to others.

You can imagine 72. Ko?u? finding its way on to Turkish high school curricula, so rich is it in classic themes – amongst them the lengths to which desperate people will go to survive and man’s inhumanity to man; high school essays at every turn. Which is not intended to diminish it in any way, but rather note that it makes us ask ourselves (as most good films do) of what we might be capable in those same circumstances. Some commentators have suggested that the 1987 version is the superior of the two; if so, it must be very good indeed. 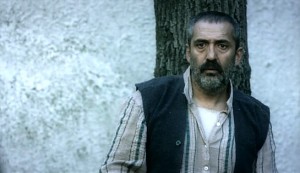 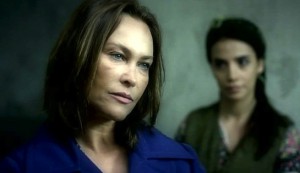