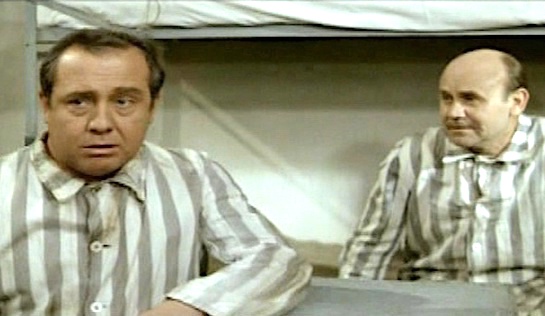 There’s a little bit of prison action here. Four times the chief protagonist goes to jail. On one occasion he even stands on the scaffold on which he is supposed to hang. But it’s far from a prison movie. Instead, it’s a rather courageous satire, highly critical of the folly and dishonesty of Hungary’s post-war communist regime.

It’s 1949. The communists are in power, and will be for another 40 years. József Pelikán (Ferenc Kállai) is a simple dyke-keeper. All he wants to do is stop the Danube from flooding. His wife has run off with another bloke and has left him with their eight kids. Meat is unavailable. He slaughters a pig in his basement. It’s against the law; he’s caught when his wrongdoing is inadvertently exposed by his friend and Government Minister, Zoltán Dániel, and he is hauled off to prison.

His spell in prison is short-lived. The regime clearly has something else in mind for him; he’s released, feted by an unctuous party operative, Árpád Virág (Lajos Öze), and made the director of a swimming pool. He doesn’t want to be the director of a swimming pool; he wants to be a dyke-keeper. He lets a whole heap of schoolkids into the pool, disturbing the exclusive use of the facilities by party heavyweight Comrade Básti. For his faux pas he’s thrown back in jail.

But the party still has plans for him. Let out once more, he’s put in charge of an amusement park. He doesn’t want to run an amusement park. Lesson learned, he tries to make the park more ideologically sound. He puts party propaganda in the ghost train ride. It’s scary. He’s sent back to jail. Comrade Virág intervenes again and Pelikán is made head of a research group seeking to produce a Hungarian orange. The grove produces just one orange, which is eaten by one of Pelikán’s sons, and replaced with a lemon. No matter. In a show of nationalistic fervour, he is awarded a medal.

But his time has come. He is ‘asked’ to be the start witness in a show-trial against Zoltán Dániel, whom the party has newly decided is a traitor. The party fabricates the evidence that Pelikán is to deliver at the trial, but he fluffs his lines and strays from the script, asking questions about how former fascists are now able to give evidence against good men. He finds himself back in jail again.

It is a bitter commentary on the communist regime. In it the whole of Government is distracted from what is truly important by its pursuit of specious ideological goals; fire fighters don’t attend fires lest someone is trying to put one over the regime, the Danube floods because a dyke-keeper is assigned jobs for which he is ill-equipped, buildings are erected without walls and windows, and meaningless events are farcically celebrated to mask a lack of achievement.

It’s brave, and gently humorous. It’s just not about prisons. 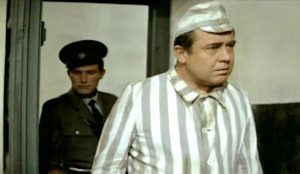 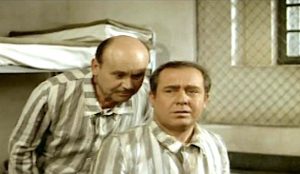 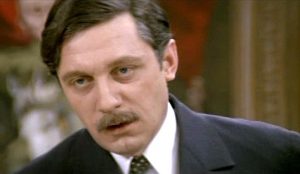 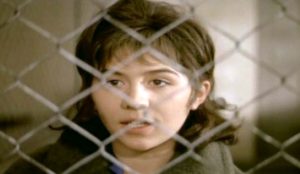 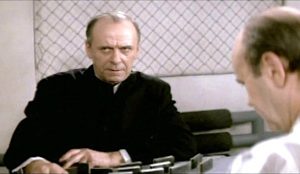 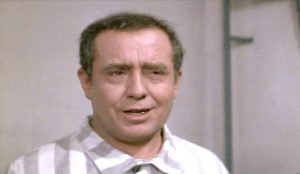