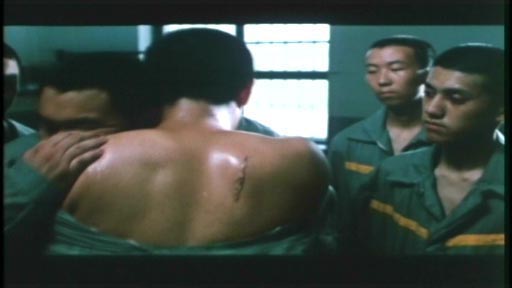 The synopses of this movie all refer to a young kid getting sent to jail for three years and later seeking revenge against the judge who sent him there – after she had seemingly accepted a bribe from his parents to suspend his sentence. There’s a still of him in jail on the back of the DVD. Looks promising. What the reviews don’t say is that his three years in jail are distilled into just 83 seconds of film time, and that the scene on the cover isn’t even in the movie. All we see of him in prison is him hugging his mates, and leaving. That’s it.

Zhang Shuai (Chen Sicheng) is convinced that his parents bribed Judge An Hui (Xi Meijuan) and that she reneged on the deal. He uses his time in juvenile prison pondering whether it would be better to kill her or to get evidence on her bribe-taking and have her put in prison herself. By the time he gets out, just before his 18th birthday, his mother has died. He has no real relationship his father, whom he has not forgiven for leaving his mum for a much younger woman. So what does he do, but roll up on Judge An’s doorstep. And what does she do? She takes him in.

Zhang Shuai is far from honourable himself. He accepts Judge An’s hospitality, puts listening devices in her home, keeps her teenage daughter out late, rifles through her drawers looking for incriminating evidence, and accepts a job that she arranges for him. He also finds out that his dying mother sold one of her kidneys and sent all the money to An Hui… But he is also torn; he is 17, has nowhere to live, and she is a an extraordinarily giving and generous mother-figure. He repays her trust in him by reporting his suspicions to the authorities. She is suspended pending an investigation.

Zhang Shuai is still awfully conflicted. His listening device is discovered and his betrayal is exposed. He leaves the Judge’s home. But An Hui’s family’s values have stuck, so much that he gets angry with his one friend from prison, who has helped him compile a dossier on the bribe taking, but hasn’t learnt enough about staying out of jail (he has a tiny quantity of drugs, which he invites Zhang Shuai to share). Zhang Shuai, in inner turmoil, knocks over a rubbish bin in the street. The Police see it and lock him up. He calls Judge An to bail him out. He confesses that his conscience says she has done nothing wrong.

Just then an unopened letter turns up, wedged in a old sofa they had discarded to make room for Zhang Shuai. Fortuitous, eh? It’s from his mother to the Judge, and explains everything… 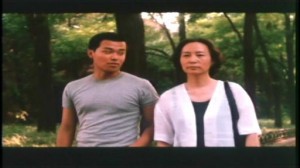 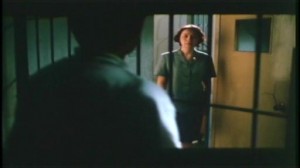