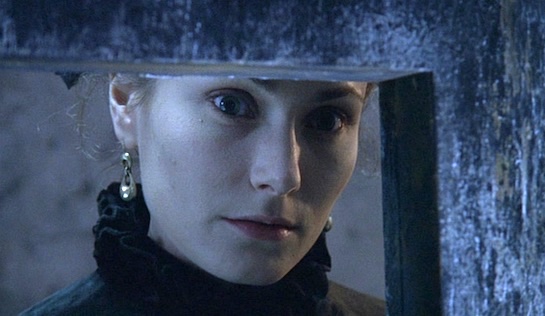 I had thought of Victorian-era prisons as grim workhouses with pokey little cells and soul-destroying treadwheels. I hadn’t counted on big, spacious cells in which prisoners were left alone to reflect, repent and darn socks, rather than being required to engage in hard labour. And I hadn’t counted on encountering things previously thought not to have been invented back then, such as lesbianism (with apologies to Queen Victoria for resurrecting her seemingly apocryphal refusal to believe that lesbians existed), and concern about breaching prisoners’ privacy.

The film’s central figure is the very well-to-do Margaret Prior (Anna Madeley), who has not been at all well. She has been grieving both for her late, beloved and scholarly father, and even more for her lover, Helen (Ferelith Young), who has betrayed her by marrying her brother and then making her an aunt. Her melancholic state is not improved by her need to repel the constant overtures of a suitor, Theophilus Finch (Vincent Leclerc), whom everyone else thinks she should marry.

Margaret decides address her gloominess through some old-fashioned do-gooding, and arranges to become a prison visitor to the 270 women at Millbank Prison. It is there that she encounters Selina Dawes (Zoë Tapper), to whom her first words, bursting with the benevolence in her heart, are: “Shouldn’t you stand and curtsy, Dawes, when you have a visitor?”

Dawes is unusual. A spiritualist, she has been found guilty of a sexually-charged outrage following a séance, after which her patroness died from shock – responsibility for all of which she denies, blaming it all on Peter Quick, the spirit whom she summons. Fat chance, clearly, of getting that up on appeal. A chalkboard lists her crimes as the rather less exotic offences of fraud and assault, and her sentence as 4 years – of which we learn that she has served just one.

Margaret is intrigued by Dawes (who is very unlike the other women), and is soon infatuated and then smitten. Indeed, of the 270 women, Dawes is the only one that she is ever seen to visit (which sets tongues wagging), although she is taken along to see other women having their hair cut, being hosed down in the shower, taken to exercise, and being strait-jacketed, gagged and thrown into a darkened cell for punishment. She is also shown the women’s property boxes, where she can’t resist sneaking a peek into Dawes’s box, burying her face in her clothes and fondling her severed long locks. Their meetings, always in Dawes’ cell, become increasingly intimate.

The Governor, Miss Haxby (Anna Massey), sensibly decides to put an end to all this sexual tension by transferring Dawes to Aylesbury Prison, ostensibly on account of her good conduct. In a move designed to prove that her conduct is not so good, Dawes throws a stool at Miss Haxby and hits her on the head. Despite this, Margaret is not prevented from visiting her inamorata, and the two soon agree on an escape, both confident in Dawes’ capacity to simply spirit herself away from the prison… and Margaret having the means to support them on the run abroad, with Italy the principal target.

Much of this goes to plan, but if a film delving into the supernatural can’t throw up an unexpected twist or two, what film can? It is admirably unpredictable amidst admirable Victorian griminess.

I expect that volunteer prison visitor programs worldwide speak of supporting prisoners and preparing them for transition back into the community… but not quite in the manner depicted here. Guidelines around prison visitants are much harder to come by. 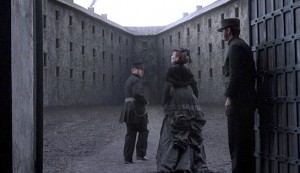 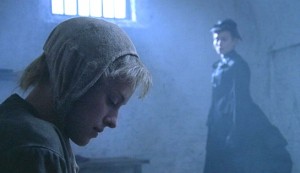 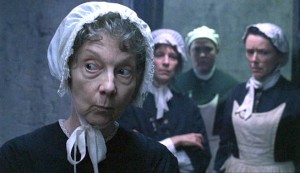 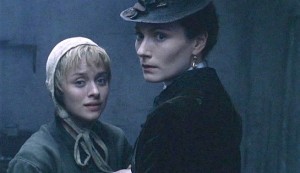