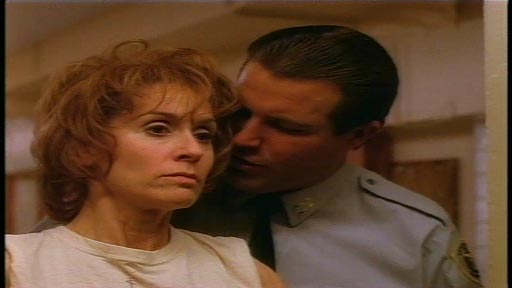 It’s not easy to take this drama seriously, whether it’s watching hardened convicts bait a first-timer for being a ‘husband killer’ (parricide is apparently abhorred by the female prisoner population), or the warden allowing his inmates to press against the (cyclone wire) perimeter fence so that they can hear a press conference held in the prison car park and called to broadcast the shortcomings of his management to a national audience.

Alice Needham (Judith Light) has done drugs, done jail, and is now trying to go straight and bring up her three kids. All of a sudden she finds herself back in jail doing a five year stretch, having been set up by her lawyer lover who, after a 20-year affair, sees her as a threat to his aspirations of becoming a partner in his law firm.

The jail she returns to has changed, it seems. All the male guards are either raping the prisoners or paying them for sex, and none of the female guards will intervene. When Alice protests, she is put in a straitjacket and drugged. It’s that sort of regime.

Alice is undeterred, and continues to make waves. In most prisons, in my experience, if you’re seen as an organiser of protests that are disrupting the good order of the prison, you are likely to be placed in a punishment cell or ‘the hole’ or ‘the box’. Not in this prison. Here, the hard-line warden arranges for Alice’s early parole… and once out, she enlists the support of lawyer Jack Devlin (Stacy Keach) to obtain enough evidence to bring down the prison’s corrupt administration and its corrupt staff.

All this occurs against a backdrop of problems at home with her children – well, one in particular, who is awfully embarrassed by his mother’s past and wishes she would just put it behind her. When thing start to unravel on the domestic front, she has to decide where she puts her energies – does she abandon her prison colleagues when they need her most, or neglect her family who desperately need her, too?

It should be an easy choice; thanks to some bizarre scriptwriting, the women suddenly lose all resolve to give evidence against those who have been preying upon them, simply because the odious Captain Tandy (Michael Woods) – one of the sleazes with much to gain by avoiding exposure – starts a rumour that Jack Devlin is titillated by their evidence. Some mothers might, under such circumstances, run straight to their children muttering something about stupid, undeserving people, but how else does Alice make her sons proud of her but by continuing the fight?

It’s lame, lame, lame. One only wishes that Keach could have given the producers some tips on real-life prison from his first-hand experience of it. 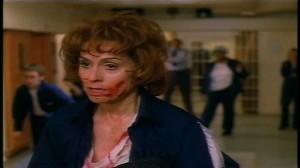 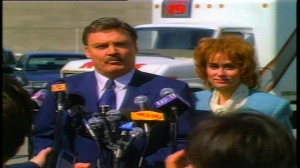