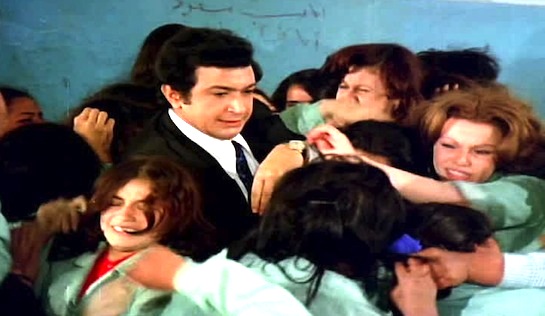 Dr Esmat Rushdi (Nour El-Sherif) is a new male social worker in a juvenile prison for girls. The prison bears a wonderfully euphemistic name – The Foundation of Social Care for Girls – and Dr Esmat, who has a doctorate in social psychology, is intent on making it a paragon of reformist endeavour. Now, I don’t know nearly enough about Egypt in the mid-70s (or now, for that matter), but I suspect things may have changed there since this film was made. There is not a hijab to be seen. Dr Esmat sleeps in the same building as the girls; they enter his unlocked bedroom door at will, and he is similarly able to enter the girls’ dormitory through an unlocked door at any time (and does). He regularly caresses the girls’ faces, or strokes their hair, and is wont to telling them that he loves them (mostly like a brother). Viewed almost 40 years on, it seems a rather unusual approach.

The few internet synopses I’ve seen of this film tend to note that “when one of the girls claims that (Dr Esmat) raped her, he gets in trouble before she reveals the truth and the girls take a different view towards (him) and try to help him achieve his goals in reforming them.” Well, that’s almost true, or almost partly true, but no such thing occurs until the film is in its final 5 minutes. A bit goes on before that.

The girls are all victims of injustice or suffering. Maisa, for example, is a nerdy orphan who lunged at a teacher who had just told her that her aunt would not pay to let her sit her exams; the teacher tripped and fell backwards over a balcony to her death. Dr Esmat sets Maisa up with books and allows her to study undisturbed in his room. Nawal has prostituted herself and has cut herself off from her father, fearing he would kill her if he found out; Dr Esmat speaks to him and father and daughter are reconciled. Mona (El-Sherif’s then real-life wife, Poussi) is a lustful good-time girl who shamelessly throws herself at Dr Esmat at every opportunity; he guides her towards a career as a nurse, where she can channel her abundant love to needy patients instead of men. And he even manages to see a suicidal girl, Amar, who has a disfiguring burn on her face and despairs at ever being loved, married off to the prison’s sewing instructor.

Yes, Dr Esmat is positively saintly. Well, almost. He resists the flirtatious advances of the girls. He rejects his share of the bribe money from the food suppliers. He eats what the girls eat, rather than have special food prepared for him. But when one girl, Hamida, bites him when he tries to prevent her from escaping, he slaps her hard across the face. No-one bats an eyelid.

Being bitten is not the only time things don’t go his way. A number of the girls at first openly oppose him (“He’s nosy. Asking questions to remind us of our past”), resent his undermining of the status quo, or hide their attraction to him behind hostile facades. Even after he hands the prisoners major responsibilities, giving them a wage for work (from which they pay board), setting up a co-operative for their canteen, allowing them access to a TV and a gym, and instituting a system of self-government, they go on strike over his decision to keep experienced prisoners separate from corruptible newcomers.

But ultimately he wins everyone over – the prisoners and his sceptical boss. All except for the wounded Hamida, herself a rape survivor, who histrionically alleges that he is the father of her unborn child. At this Dr Esmat launches into a self-serving and self-pitying speech about his failure (to have the girls reciprocate the love, sympathy and loyalty he nobly showed them), and resigns… only for Hamida to admit she was lying and for the girls to drag him joyfully back to work. Aaaah.

The Victims probably doesn’t provide a great model for modern penology, so rooted is it in time and culture. Dr Esmat’s professional boundaries are a bit worrying, but less so than the female Warden’s abdication of all critical decision-making to her subordinate male social worker, or her preparedness to allow Dr Esmat to speak to Hamida alone after she had just accused him of seducing her.  I’d love to see a 21st century remake and see if it were any different. 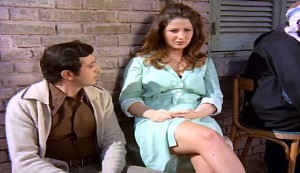 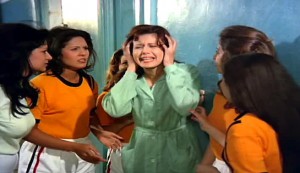