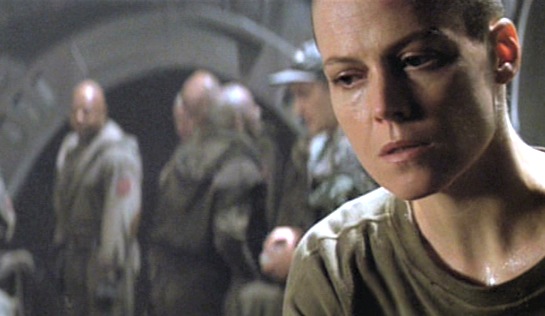 By chance, an article appeared in my Saturday paper about Sigourney Weaver and the strong women she has played. It drove me to rescue Alien 3 from a stack of unwatched DVDs, where it had languished for many years, and finally check it out.

It might not surprise you to learn that I had seen neither Alien (1979) or Aliens (1986); action movies are not really my thing. But this, I am pleased to say, was less actionable than many.

Weaver is again Lt. Ellen Ripley – here dropping in on Fiorina ‘Fury’ 161 when her EEV (which I presume is an Emergency Escape Vehicle rather than, say, an energy efficient vehicle or an equine encephalosis virus) crash lands there. Fury 161 is a lice-infested planet playing host to an outer-veil mineral ore refinery and maximum-security correctional facility. It once held 5,000 double-Y chromosome inmates but is now reduced to just 25 – who (notwithstanding its owner Corporation wanting to close it down), have chosen to stay there in the celibate, all male environment, supported by a newfound religious faith and looked after by just two minders and a medical officer. The prisoners are, for some reason, nearly all British.

Ripley, her sleep pod intact, survives the crash, but a male colleague, a 12-year-old girl, Newt, and an android (all survivors from Aliens, apparently) are not so lucky. Fury 161’s remaining prisoners are nasty murderers and rapists, and Ripley is the only woman. The warden, Superintendent Andrews (Brian Glover), is a blustering, patronising, narrow-minded leader of men; his second-in-charge, Aaron (Ralph Brown), boasts an IQ of 85. Ripley, on the other hand, is smart, strategic and the only woman.

But she is not the only thing that survived the crash. After a dog and then the prisoners start getting picked off, one by one, it becomes clear (at least to Ripley) that her EEV has brought a hitchhiker along for the ride… an impressive flesh-stripping alien with a problem with drool and an innate capacity to play hide-and-seek. Not only must Ripley assume the leadership role in fighting this shape-shifting angry slimy thing, she has to contend with a feeling of general unwellness – self-diagnosed as being the result of carrying an embryonic egg-laying alien queen inside her. Bummer.

Now, you could forgive her for not trying to fight the big beast, particularly as some of those whom she has to fight alongside had earlier tried to rape her. The battle that she faces – does she sacrifice herself or allow the evil Corporation to capture her in-dwelling alien and exploit its bio-weaponry properties? – is at the heart of the film; I can’t understand why she’s not so motivated by a simple desire to ensure alien-free prisons.

What sort of prison movie is it? An unusual one, I would say. The prisoners are in most respects volunteers, weirdly captive to the fundamentalist Christian theology of Dillon (Charles S Dutton), except on the issues of rape and possibly murder. They rattle around in a large, cold, almost empty prison… but at least don’t have to share a cell. Maybe that’s why they choose to stay.

Fury 161 might be the closest you will ever get to a self-governing prison… but it might not work so well in this sector of the solar system. And a prison can never claim to be truly successful until it can get on top of its lice problem. 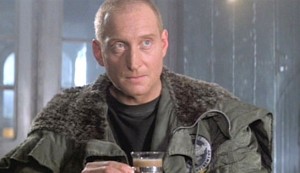 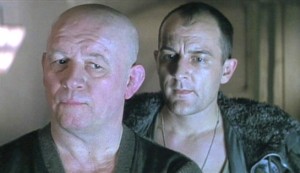 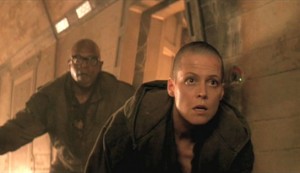 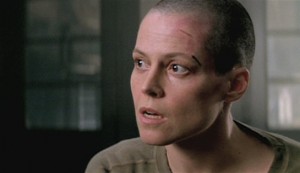