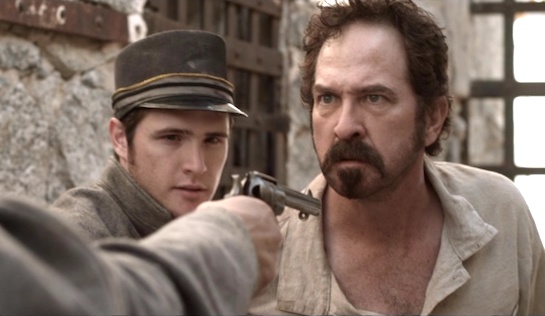 The story is told by an elderly man in 1920 about respected US Marshal Duke Donovan (Kix Brooks), 28 years earlier. Donovan is caught in the midst of a bank robbery in a small town in Arizona which six people are killed in a big gunfight. Donovan protests that an unhinged outlaw named Levi Hardin (Luke Massy) had dragged him into it, threatening to kill a woman he held hostage out of town if Donovan refused. The jury at his trial nonetheless pegs him as the ringleader, and he is sentenced to life without parole by a judge who decides not to impose the death penalty in light of his previously impeccable 20-year record as a lawman. He is taken off to Yuma Territorial Prison (played in part by the Yuma Territorial Prison).

Now, Donovan has filled half of the Yuma prison with people he has arrested. In recognition of this, Warden Cullen Logan (Timothy V Murphy) has him sleep in separate quarters to preserve his safety. But he works alongside all those same men in the field, and not one of them lays a hoe or a pick or a shovel anywhere near him.

Because he is a decent man, Donovan lends support to a young and vulnerable prisoner, Will Penny (Paul McCarthy-Boyington), who killed a couple after they sexually abused both him and his sister, and is now struggling to cope in jail. When Donovan fabricates a story of Penny being ‘scorpion-bit’ to get him out of work detail, both end up in the hole, and it’s there that he learns that Hardin not only survived being shot in the face by him, but was rescued by his gang from the gallows after he was later sentenced to hang for cattle-stealin’. It dawns on him that Hardin might well try to track down his wife, Madeline (Sydney Penny), and he frantically seeks Warden Logan’s intervention. Logan remains unmoved, but has Donovan placed in the yard with all the other prisoners as punishment, who predictably set upon him. Penny runs to assist him, takes a bullet in the back from Logan’s longarm, and dies on the spot.

Divine intervention comes soon afterwards in the form of Cyrus Parker (Ernie Hudson), the warden’s trusted African-American cook, who unlocks Donovan’s cell, leads him to a tunnel, gives him a lantern to find his way out, and – having followed him out on the spur of the moment – knocks out the guard who was about to shoot him. It really is hard to imagine a prison escape where less effort is required on the part of the escapee.

Anyway, the two escapees head straight to Madeline’s house in pursuit of Hardin and his gang, and pursued in turn by three prison deputies, including Tom Sullivan (Ronnie Gere Blevins), the only guard to believe that Donovan might be innocent.  Lots of horses, lots of gunfighting, lots of mournful western songs, lots of revenge themes… but no more prison.

You know those movies where you can lose yourself in the action, forgetting that it’s all make-believe? This isn’t one of them. 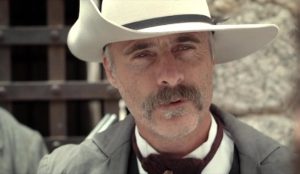 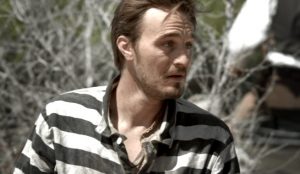 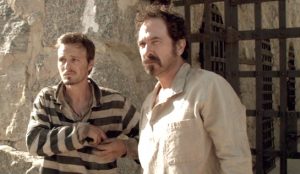 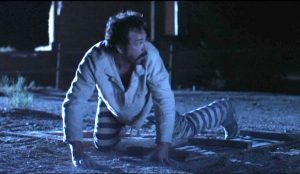 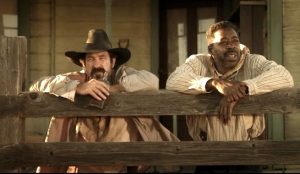 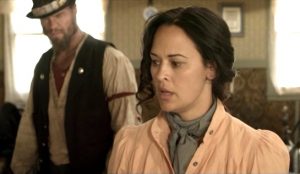