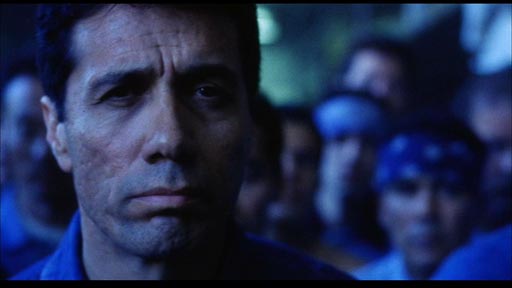 Fine drama, directed by and starring Edward James Olmos, which charts the life of Santana, an East Los Angeles Hispanic crime boss from – well, before he was born, really – through his teenage years, his time in juvenile detention and later Folsom Prison, then back out on the streets and back in jail. It follows a very similar path to Bound by Honour (even sharing features like the main character having a blonde, white-skinned right hand man and a young teenager dying from a drug overdose) but does everything better, including selling the message that gang life is destroying the potential of young Hispanic kids.

Santana is ruthless and in control while in prison, but when he gets out he is something of a fish out of water and is confronted by the realities of his drug dealing, the impact of his gang’s insistence on loyalty to it above all else, and what he’s missed out on by a life in prison. The film was shot on location in East Los Angeles with a truce struck by local gangs to temporarily stop the drive-by shootings, and used gang members on the cast. The prison scenes were shot inside Folsom Prison (while the prison continued to operate, mind you) – again with some prisoners used as extras, and shows prison life more matter-of-factly than most prison flicks, even if the violence is not exactly tempered.

Perhaps it’s a gang movie, rather than a prison movie, but either way it’s provocative and sobering. 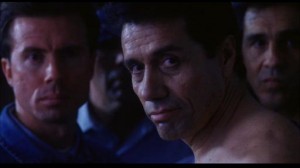