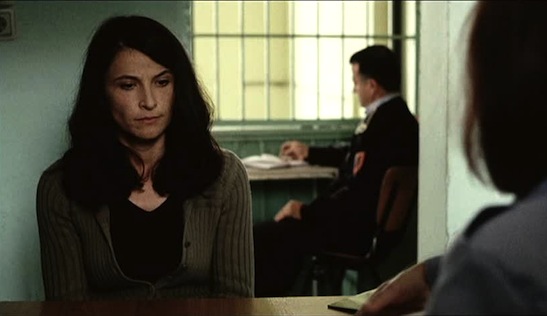 Although it has a prison at its heart and has enough hollowness and yearning to match it with the most desolate of prison movies, this is not really a prison movie.  Its focus is not on the prisoners, but on their wearied families.

Elsa (Luli Bitri) is doing it tough. Her husband is serving three years for gambling-related crimes, she has been laid off at work, has to use her redundancy pay to ward off the circling loan sharks, is struggling to care for her two young boys, and has to contend with her sour and judgmental father-in-law, Remzi (Todi Llupi).

To add salt to her wounds, the prison in Tirana – a couple of hours away from her home in Pogradec – has introduced monthly 1-hour conjugal visits for prisoners as part of its campaign to modernise its penitentiary system and improve its bid for European Union membership. In a marriage from which the spark would appear to have long departed, the private visit on the fifth of every month becomes yet another ordeal for Elsa to endure.

Elsa and Spetim meet first as witnesses at another visitor’s wedding held inside the prison. Connected by their unhappiness, their monthly encounters slowly develop into an affair – which is thrown into disarray when discovered by Elsa’s father-in-law and then brought to an abrupt halt when their partners are released from prison in an unexpected amnesty. For Elsa and Spetim, the return of their spouses back home reawakens old sufferings; for Elsa’s boys, who had imagined their father ill and in hospital, his emergence from within the prison gates must bring about a whole new set of questions.

Amnesty is a slow moving film, punctuated by many silences and much pain. It says little about the prison experience, but much more about the less-examined burdens carried by those on the outside who wait for them.

The prisoners may be incarcerated, but their spouses are in many ways equally trapped; by expectation, by duty, by obligation, by troubles and responsibilities not shared. Elsa and Spetim’s affair brings with it a glimmer of hope in their otherwise desperately empty lives. We don’t get to see whether their partners inside are doing it just as hard; the inference – as they satisfy their carnal desires on their regular private visits – is that the burdens are borne unequally. 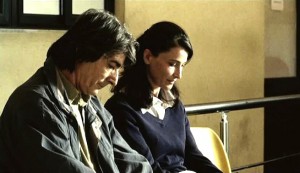 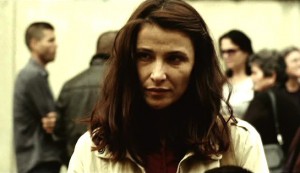