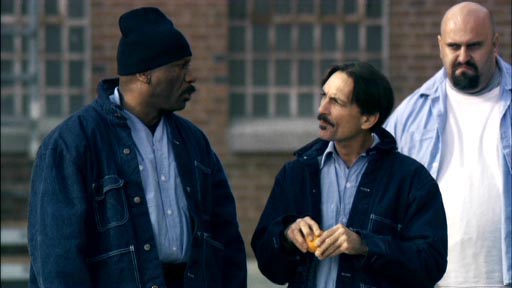 “Dear Lord, violence is the artist and I am just the brush…” prays James ‘Animal’ Allen (Ving Rhames) in his Folsom Prison cell. At least, I think that’s what he says… it’s a bit hard to hear because there’s a riot going on in the background.

This is all a little confusing for those who have seen the original Animal (2005), where we were left with the impression that the trying-to-go-straight Animal had been killed by his son, Darius. But no, it’s fifteen-odd years later and Animal is back, serving a life sentence. We soon discover he’s taken the rap for Darius (this time played by Vicellous Shannon) after the gun found near his body “had murders on it” and the good dad kept his son out of jail by claiming it was his.

Animal is seen to be an instigator of the Folsom riot and is moved to a new prison – his old prison. He is greeted by Kasada (Conrad Dunn), a nasty scheming prisoner who has been appointed prison pastor – a gigantic test of the audience’s capacity to suspend incredulity. He runs drugs from his vestry. Kasada has engineered Animal’s return to Susanville so that he can take charge of the African-American prisoners, who are providing him some unwelcome competition.

Animal refuses to head up the gang so Kasada has his younger son, James Jr (KC Collins), framed over a murder. The only thing that can save the boy is Animal agreeing to cage-fighting, gang-leading, drug-rival-eliminating and any other thing that Kasada demands. Animal agrees. Why he doesn’t simply eliminate Kasada instead is never explained.

Kasada has also blackmailed the Assistant DA, Dillen (on whom he has some dirt about a drunken dalliance with an under-age girl) as insurance to make sure that the prosecution of Jmaes Jr doesn’t fail. Dillen cynically arranges for his fiancée, Kate (Deborah Valente), to get her first job as a lawyer in the Public Defender’s office – defending James Jr. But rather than being the pushover he’d hoped for, she uncovers some accidental CCTV footage from the ATM across the road which clearly exonerates James Jr.

The race is then on to keep Kate from delivering the tape to the court… and the court from seeing it. At the same time Animal is pitted against the leader of the Mexicans in a cage-fight that Kasada hopes will result in the death of one of them – and spark a race riot which will leave the whites all alone to run the drugs. Ah, the tension!

There are some goodish performances (especially from Dunn), but holes in the plot big enough to put both of Ving Rhames’ arms through, with some room to spare. I’m just pleased that in Caged Animal (2010) aka The Wrath of Cain, Rhames resists the temptation to resurrect Animal a second time. 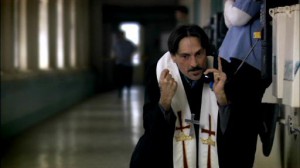 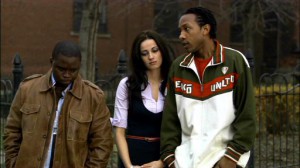