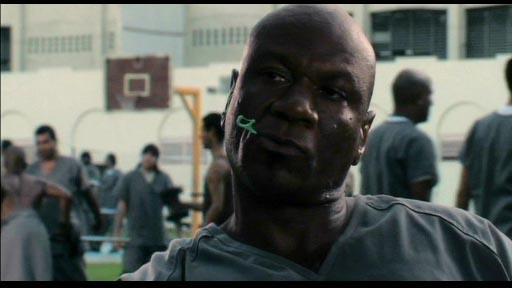 “I’ve been waiting for my father to show up for 20 goddamn years, and you the fuck showed up!” So says a tiny-bit-disappointed Darius (Terrence Howard) to his once street-respected (ie outrageously violent) father who gets out of prison after a long stretch, only to have become a man disappointingly committed to eschewing crime and being an advocate for “smart, not tough”.

The film doesn’t start out embracing ‘not tough’, though. It starts with Darius’s dad, James ‘Animal’ Allen (Ving Rhames), out-of-control on the streets and then deservedly thrown in jail. Soon afterwards, his son’s mother is blown away in a revenge killing and the young Darius is left parentless.

While the formidable Animal finds his way in prison, cage-fighting like, well, an animal.. and becoming a brutal enforcer for the prison’s king-pin Kassada (Chazz Palminteri), Darius grows up being exactly the sort of son his mother feared that he would – his father’s. At this point the storyline is still all very comfortable – we’ve seen this film a thousand times before.

But then Animal makes a fatal error. He learns that it was another prisoner who killed his son’s mother, and duly smashes the man’s face in – despite Kassada refusing to sanction the attack (on the sensible grounds that it would disrupt business). Animal is immediately dumped by the Kassada crew and can find no way back in. His attempts to claw back some credibility are treated with scorn.

Instead he finds some refuge in the company of Berwell (Jim Brown), an aging revolutionary who gives him Malcolm X to read and the recites to him the Willie Lynch speech. It proves James’s political awakening (the undignified ‘Animal’, you’ll note, having been consigned to the past), borne of humiliation, rejection and his outcast state.

It seems that the Willie Lynch speech is now seen as a hoax, but it was supposedly made by a slave-owner in 1712 and purports to tell other slave owners how to keep their slaves in willing servitude:

For the first time, James sees his crimes against his fellow African Americans as contributing to his people’s enslavement – as part of the white man’s design – and when he gets out he resists every attempt to drag him back to his former street life. (His appreciation that he’ll go inside for life next time round also provides a modicum of motivation.) Still, his friends can’t understand him at all and his son is embarrassed by even the thought of him working for money.

But at least it doesn’t finish up in the way it sets out; there are quite enough films about brutal men fighting other brutal men in brutal jails already. 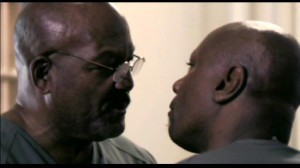 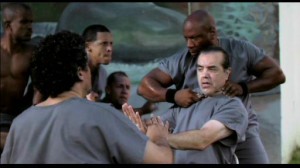