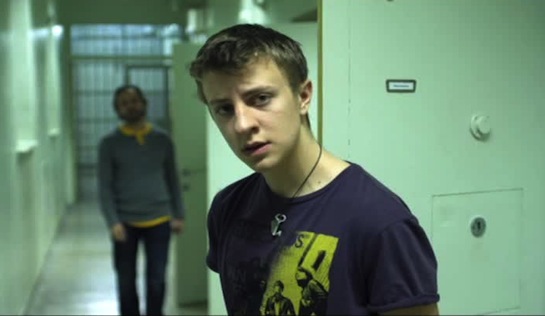 Roman Kogler (Thomas Schubert) is a kid of 18 or 19; a loner, closed-off, awkward, brooding, a bit lost. Angry. He’s a kid that we all recognise to some degree – perhaps more often in younger boys. Less familiar to us is that he’s in a juvenile detention centre, and has been there, it seems, for the past four or five years, having been brought up in an orphanage and there caused the death of a 13-year-old boy who had been tormenting him. He is allowed out on furlough to work, and is in line for parole… but remains shut off from everyone – staff, most notably his exasperated and unappreciated caseworker, Walter Fakler (Gerhard Liebmann), and all of his fellow inmates. He has no family contact.

When other employment options fall over (or which he sabotages), he seeks and obtains work experience with some undertakers, quite a distance away in Vienna. It’s not clear why – not to Fakler (who oddly permits a kid convicted of homicide to work with dead people), or to Roman himself. He is extremely hesitant when exposed to his first dead bodies and recoils – perhaps because he is unused to such emotional and physical intimacy, perhaps because of the confronting connection he makes to the finality of the death for which he was responsible.

One of the corpses he has to transport is that of a woman who also bears the name Kogler – and this sparks a sudden desire to find out whether his mother, who abandoned him as a child, is still alive, and to contact her. He tracks her down. Their meetings are awkward, but through them Roman finds a less uncertain space that exists between his life’s beginning and death, with which he is becoming more familiar; he becomes more settled, more reconciled, more able to breathe.

Breathing is an articulate, deliberate, understated film. Much of it takes place outside the detention centre, but one is constantly reminded of Roman’s inmate status; a brief encounter with an American girl of his own age, with whom he shares a beer while returning to the centre on the train, both threatens to undermine his whole work placement and highlights the major gaps that institutionalisation leaves in an adolescent’s normal development. But it is the undertaking scenes that are the most poignant, and the most detailed; the washing and dressing of a corpse, or allowing a wife time for her anger and grief to subside before removing the body of her husband. It is through these trials that Roman matures, earns acceptance from his wary workmates, and gains greater respect for the life that he has.

It is a beautifully constructed film (directed by Karl Markovics) that says some valuable things about redemption and prisoner reintegration. 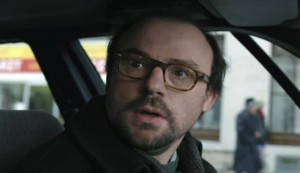 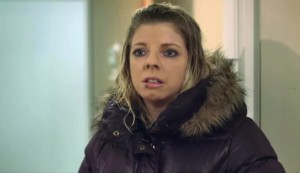