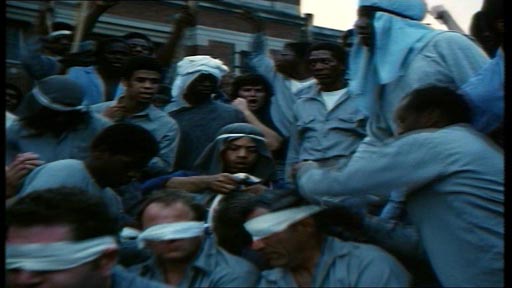 A made-for-TV account of the 1971 Attica riot, in which 39 people died – including 25 prisoners and nine guard hostages shot by the State troopers who stormed the prison and ended the four days of rioting.

While the 1994 film Against the Wall looks at the same riot through the eyes of one of the guards, this one is based on the eye-witness account of a New York Times’ editor, Tom Wicker, one of the team of outside observers brought in to accurately convey the prisoners’ issues to the outside world and to try to bring about a peaceful outcome. Both are powerful films, this one chronicling the various interests that got in the way of anyone being able to negotiate a resolution without bloodshed. What the prisoners lacked, according to this film, was a powerful moderate voice, a person who could paint a picture of how their world could be better even if they compromised. Instead they had leaders, advisers, lawyers and even the Black Panthers who were seduced by the power of their leadership positions or the thrill of a media profile, or unable to advocate negotiation due to their need to be popular, or fear of damage to their image, or who were so desperate and so damaged by the treatment at the hands of the powerful that they were never going to back down.

Filmed, it seems, at the Lima State Hospital for the criminally insane, it looks authentic and highlights the complexities of the issues from all sides rather than push one view. It also beautifully captures the fear and anger of the (all white) guards, disaffected by decisions to spend money on improving prisoner conditions rather than increase staffing levels, unable to accept that anyone might consider the grant of amnesty to the prisoners after one of their bashed members dies, and seeing all attempts to resolve the matter through negotiation as pandering to murderers and rapists.

A very solid film, and not a bad training aide for how not to manage a riot. And honest enough, in its depiction of the complexity of the situation, to refrain from telling you how to. 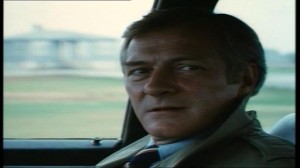 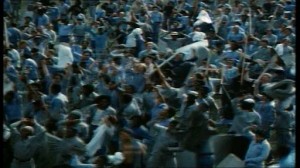