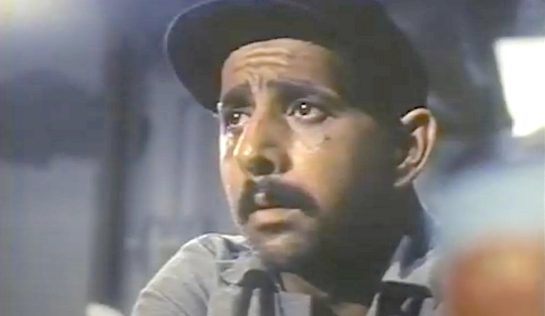 It starts with Maryam (Zohreh Sarmadi) going into labour in Tehran. Her husband, Valeh Massoumi (Majid Majidi), leaves her at the hospital – he has an ‘appointment’. Maryam doesn’t want him to go, but she’s not at all surprised when he’s not there waiting for her after she has given birth. She has grown up with her revolutionary father being in prison for countless years, and now her scholarly husband seems intent also on deserting her when he’s most needed.

Valeh, for his part, doesn’t get far. His important liaison with his close friends and collaborators Ali and Fatima is interrupted by the intervention of the Shah’s secret police, SAVAK, who seem to have several hundred people monitoring their every movement. The couple is gunned down; their young son orphaned. Valeh is forced to surrender. He is taken into custody – straight into a specially unpleasant part of the prison where interrogations are carried out.

The scenes of torture are more implied than depicted. A sweeping view of the prison shows prisoners suspended by their hands. An informer tells the interrogator of Valeh’s involvement with the revolutionaries. Valeh, locked into a contraption that is not designed to make him feel comfortable, hears a woman’s screams and infers that they have taken Maryam into custody also. He confesses.

Soon, graphic dreams of his mortality start to haunt him. He starts to have doubts. Neither his nightmares nor doubts abate after his choreographed trial, at which he is found guilty of terrorism and armed resistance and sentenced to death, amongst other things. While under escort, he manages to rush the guard who has allowed him to use a toilet, and escapes. A Hollywood style car chase under gunfire ensues. He is again arrested.

Upon his return to custody, he is placed with the communists, whose Chief (Mohammad Kasebi) instructs that he be boycotted on account of his wavering. An old friend, Karu, disowns him, hurtfully. No-one speaks to or acknowledges him. He rails, and is set upon. The communists do a 180° flip and worry that his doubts might start resonating with others. They decide to bring him into the fold; everyone, including Karu, suddenly wants to be his friend, making almost comical overtures to him. The comrades are keen for him to die like a hero; he is more worried about Maryam and his child. They want his martyrdom to be ‘part of the glorious history’ of the socialist cause and ‘part of the victory’. He is no longer convinced. “Imperialism and socialism are the same to a dead person,” he says. His death sentence is soon confirmed.

When Valeh is sent to solitary, the Chief gets himself placed in the cell next door so that he can ensure that he doesn’t bring disgrace to the cause. Valeh – as a person, husband, father – no longer exists, other than for how his death can be manipulated for ideological advantage. After he greets the firing squad, the Chief announces to the prison yard that “he died a hero” – for a cause in which he no longer believed. The yard celebrates.

In depicting prison life, director Mohsen Makhmalbaf was able to draw on his own experience as a youthful rebel against the Pahlavi regime, as a result of which he served four years in jail for stabbing a policeman. But you don’t get a really strong sense of the jail here. Instead, what you are left with is an overwhelming sense of the hollowness of the gestures that are supposed to carry the weightiest, the most powerful of messages: martyrdom on one hand, and enacting the death penalty on the other. Makhmalbaf succeeds in making the posturing on both sides seem very hollow indeed. 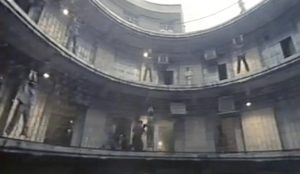 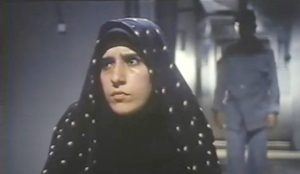 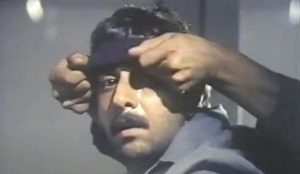 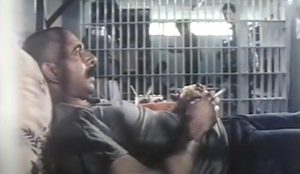 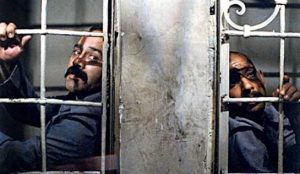 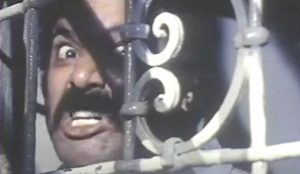