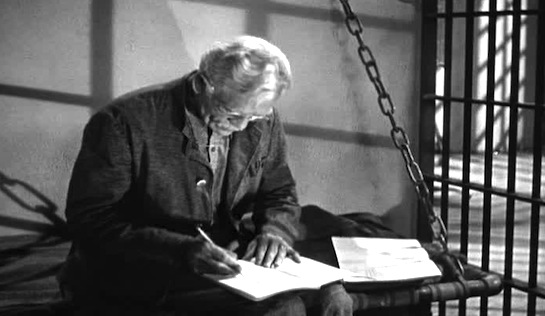 Dr John Garth (Karloff) is a dignified, kindly doctor who is sentenced to hang for the mercy killing of an elderly patient on whom he was testing an experimental youth-restoring serum. He is given just one month before the sentence is to be enacted.

Once inside, the sympathetic Warden (Ben Taggart) and prison doctor, Dr Ralph Howard (Edward van Sloan), invite him to continue his work on the serum. His tests on a very sophisticated dummy suggest a breakthrough, and he enlists Dr Howard’s help in securing some blood from an executed three-time murderer, from which he makes a batch of the serum. Expecting to be hanged, he injects himself with the serum – only to find out that the Governor has commuted his death sentence to life imprisonment.

The serum has one desired effect (it makes him look and feel younger), and one undesired effect (the murderer’s poison blood turning him into a murderous Jekyll and Hyde character). In Hyde mode he kills Dr Howard and a fellow prisoner, Otto Kron, who comes to the doc’s rescue. The prison authorities assume that Kron was responsible for Howard’s death and that Garth has killed him in self-defence or in defence of the doc. He is pardoned.

Back on the outside, his murderous impulses again get the better of him, and he kills two of his elderly friends. With the Police closing in on him, and full of remorse after having just managed to avoid murdering his beloved daughter, he hands himself in to the prison so that they might hang him. Before he can be secured in a cell he develops his giveaway Mr Hyde tic and is promptly shot dead by a frightened guard.

This is not your classic Death Row movie. Or horror movie, for that matter. There is little to excite great interest – although it must be said that Dr Garth’s novel strangling technique, approaching his victims from the front with a giant handkerchief – is mildly entertaining. Why Garth didn’t use his own blood for the serum, rather than that of a homicidal maniac, is never explained… but must be a lesson for Red Cross blood collectors everywhere. 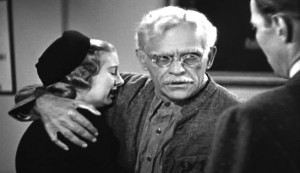 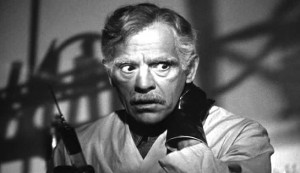