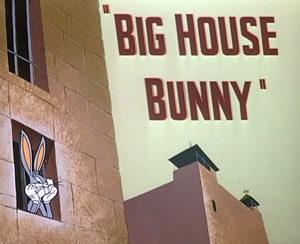 I’d like to say that this provides some rare insight into prison life. I’d also like to be able to run 10km.Bugs Bunny burrows out of sight to dodge a hail of hunters’ bullets, and surfaces inside Sing Song prison. There are no other prisoners, just prison guard Yosemite Sam Schultz, a big gruff Warden, and a handful of emergency responders. Why Bugs doesn’t burrow straight back out is not clear. Tunnel vision, maybe.

You could say that this animated piece provides a commentary on the battle of wits between prison guards and prisoners that is not much different to films such as Porridge (1979) and Cool Hand Luke (1967). Or you can simply see it as a natural addition to the battles between the laconic, street-smart wabbit and a belligerent and dim-witted adversary. 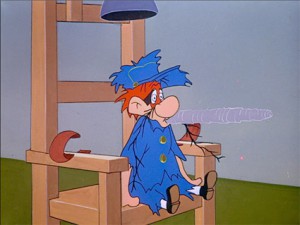