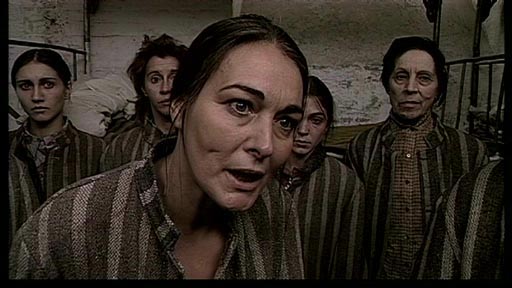 When people talk about prison movies or the prison movie genre, I don’t think they have this film in mind. It’s a film about a political prisoner being sustained through four years of harsh imprisonment by her Christian faith, and how the strength of that faith changed others.

The title comes from a quote from fellow political prisoner Aleksandr Solzhenitsyn, dissenting from the view that prisoners are routinely to be sympathised with and prisons cursed. “I have been in prison a long time. My soul was shaped there. And I can say without hesitation: May you be blessed, prison… Blessed be the role you have played in my existence.” It’s a generous view, I would have thought, not shared by too many who have spent time in the nick.

It’s August 1949, in Bucharest. The Communists are rounding up members of democratic parties, amongst them Nicoleta Bruteanu (Maria Ploae). She is interrogated and tortured; the soles of her feet are beaten, and she is required to be constantly on the move for 12 hours every day, between interrogations. She is kept in solitary and blindfolded when out of her cell. She is exhausted, but doesn’t crack; instead, she “decide(s) to be serene” and put her trust in Jesus. She smiles at her tormentors and starts etching bits of remembered Scripture into the wall of her cell.

Unbroken, she is moved to Mislea Prison and placed in a big dormitory with other assorted ‘enemies of the republic’. “If this republic is afraid of me,” says one very old, frail woman, “pity help it.” Nicoleta is not only a stoic enemy of the State, but she’s brave. She refuses to back down from her political beliefs in a risky confrontation with the prison Governor. She tries to smuggle biscuits to the women in solitary. She smuggles a bible in from a church that is being used as the prison storehouse and soon has most of the women in her dormitory reading Scripture and celebrating Easter with some very subversive hymn-singing.

With many of the others she’s then moved to a massive labour camp where they are put to work constructing the Danube-Black Sea canal. It’s hard work and there are casualties, but Nicoleta catches up with old friends who bring her news of her parents, and she continues to buoy the others. After four years she is released without charge, promising not to talk of her prison experience.

The story is based on the life of Nicole Valéry-Grossu (or Nicoleta Valeria Bruteanu, as she was pre-asylum-in-France and pre-marriage), who clearly broke that promise. It’s a powerful story of an innocent woman’s courage and endurance, quite apart from its evangelical theme. And not one cat-fight, stabbing or shower scene anywhere. 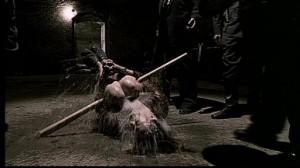 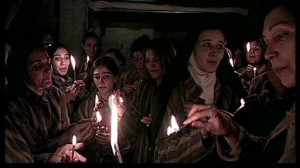