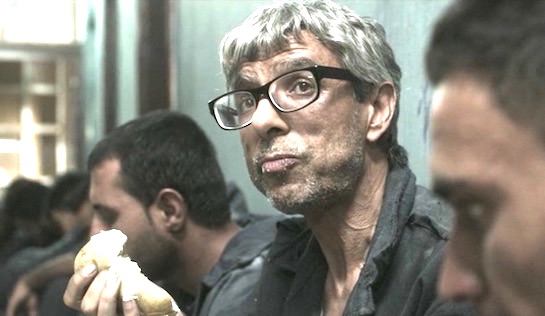 Advertised as a comedy-drama, this has all the drama and comedy of a shrug. But it’s delightful.

The film is based on the real-life story of Ahmad Thaher, who had been briefly imprisoned 20 or so years earlier. Thaher, who is not an actor, plays an older version of himself – an odd-jobs contractor who is paid 1800 dinars (around US$2,500) to build a wall. Instead, he uses the money to buy some laptops from Canada – which don’t arrive in Jordan in time for him to repay the 1800 dinars before his customer reports him for not building the wall. Ahmad (Taher in the version I watched) is sent to jail for three months, the judge accepting that he could be released earlier if the money is repaid.

The film’s director, Mahmoud al Massad, wanted to depict Ahmad as an Everyman; immediately recognisable by Jordanian audiences. Ahmad – and virtually everyone else in the film – is perpetually on the lookout for a creative scam, a hustle, a money-making scheme that might be just on the wrong side of legal if it doesn’t work out. At the outset we see him plunge his house into darkness in a failed attempt to bypass his metered electricity supply. Perhaps because of this he seems unsurprised when he is arrested over his 1800 dinar debt. He is remarkably calm. Resigned. With the handcuffs on he calls not his wife, but his bumbling cousin Abu Wafa (Odai Hijazi), whose job it has been to get the laptops through customs and on-sell them.

The prison to which he is sent is not an overly threatening one. Ahmad’s dormitory, at least, is full of older, more mature men; Massad apparently aiming at creating a fraudsters’ prison. Unsurprisingly, almost everyone is intent on trying to get a little undeserved advantage for themselves. A lonely policeman uses a laptop which has been seized as evidence to set up his Facebook account. Ahmad momentarily links himself to a group of monied stockbrokers who arrive in prison with him, in the hope that they might get preferential treatment. A kindly guard supplements his income by charging prisoners more than the going rate for food. In the dorm, the ‘cell leader’, Mor (Maher Khammash), has a thriving business – operating a little grocery store from a spare bunk. And a blind lawyer whom Ahmad’s cousin has arranged to see him swindles money from him at their first and only meeting.

Apart from the constancy of such dodgy deals, the film’s gentle, blackish humour has two main strands. The first is the ineptness of Abu Wafa to get the laptops through customs and raise the money to get his cousin out of jail. The second is the growing disenchantment of the other prisoners, led by Dead Man (Nadim Remawi), whose nickname stems from his attempt to make money from faking his own death, with the self-important Mor’s self-appointed leadership. Mor’s insistence that he will be the sole spokesman of the group sometimes works well (such as when he averts a search by leading the men in a hearty recitation of ‘Long live His Majesty the King!’), and not so well in others (such as whenever the Warden conducts a cell inspection and the only request that Mor brings forward is his own request for additional phone calls).

Mor and Ahmad nonetheless get on well – in part because they are the oldest men in the cell. The newcomer is also inquisitive and willing to learn. Mor is disdainful that Ahmad is serving a sentence for a mere 1800 dinars, but is much more troubled by him admitting the charges. Later, when Ahmad destroys the starter from the cell’s fluorescent light (which sits above his bunk and which he is told not to turn off when the card players want it left on but he wants to sleep, and is then instructed to turn on by the guards so that they might do a head count), he stays shtum despite the whole cell being threatened with punishment if the person who removed it doesn’t own up. Their friendship is also helped by the fact that Ahmad pays his account and pays on time.

Blessed Benefit is the antithesis of most prison movies: the prisoners are non-violent, the tension between them quickly dissipates or is sorted, no-one escapes or gets stabbed and the guards are benign. Far from maintaining his cell leader position by ruthlessness and instilling fear, for example, Mor has to be encouraged by the novice Ahmad to assert himself when the others treat him with contempt, refuse to pay their debts and steal his groceries.

It’s a quirky, gentle movie which follows a nondescript anti-hero through a short and inauspicious sentence in prison. And in doing so, it finds a delightful, wry place for itself in the prison movie genre. 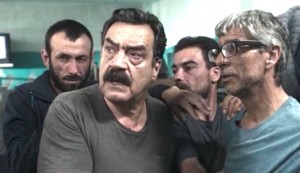 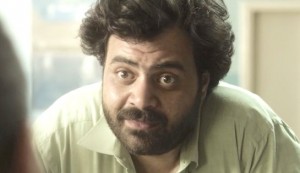 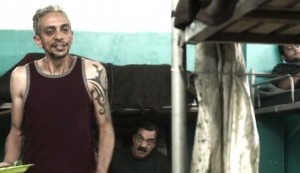 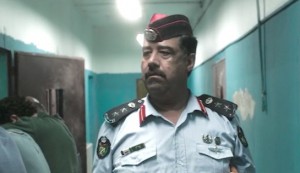