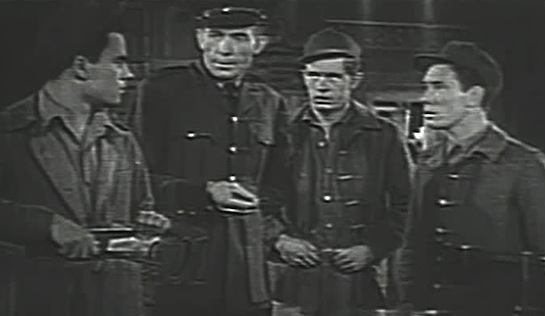 Internet synopses aren’t exactly at their most reliable on this one. “A tough street kid takes the rap for a burglary committed by the son of his foster family and is sent to a boys’ reformatory, where the inmates are under the thumb of corrupt guards and a brutal prison doctor,” they say. Well, firstly, the kid talks tough but he’s not a street kid. And the guards aren’t corrupt, the inmates aren’t under the thumb and the doctor is far, far from brutal. Otherwise, it’s spot on.

Tommy Ryan (Frankie Darro) is the kid in question. He’s an honest, hard-working 17-year-old orphan who dotes upon his foster mother, Mrs O’Meara (Lillian Elliott). When her shiftless son Eddie (Frank Coghlan Jr) gets caught up in a fur robbery and hides the stolen getaway car (with the stolen goods still in it) at his own home, Tommy tries to dispose of it to spare Mrs O’Meara the shock of finding it in her garage. He gets caught, doesn’t squeal, and cops time at the State Industrial School until he turns 21 – just to save Mrs O’Meara from being disappointed in her own delinquent boy.

The reformatory is presided over by a virtually-absent Superintendent, a cynical old 2IC, Barnes (Pat Flaherty), and a reformist doctor, Dr Owens (Grant Withers), who is also from the wrong side of the tracks and himself a graduate of the reform school system.

Tommy hasn’t been there long before Eddie turns up as well. Tommy is furious at him, but it transpires that Eddie was trying to do the right thing by his mom and was framed by his old crime boss, Hearn, who didn’t approve of him going straight and set him up over a robbery at the gas station where he was working.

Later, when Hearn wants to spring Eddie and ‘Knuckles’ Malone because he’s fearful they will rat on him, goody-two-shoes Tommy joins in on the act, stooges his trusting mentor, Dr Owens, steals a guard’s gun, and escapes with Knuckles. As soon as he’s out he rings Doc to apologise. The Doc’s belief in Tommy has been badly shaken by the escape, but Tommy explains his game-plan and lets Owens know where Hearn’s next heist is going down. The Police duly ambush Hearn’s gang, Tommy escapes after being correctly identified as the stoolie, both Eddie and Tommy are exonerated… and everyone goes home to mom’s. Ahhh.

It’s a short film – just 62 minutes – and an inexpensive one to make, one guesses; all the prison-type shots are in generic offices or while the inmates are at work on the farm or in workshops – not a cell-block, dormitory or mess hall in sight. At its moral centre are Tommy, a bit too-good-to-be-true and not particularly likeable, and Dr Owens, who has the bigger task – to convince the audience of the need for prison reform. “You know Doc, you got the wrong idea babying these kids,” Barnes chides him. “They’re in here because they got it coming to them.” “Yeah, and you’re the one who sees they get it, aren’t you, Barnes?” the Doc replies. “That’s my job, Owens.” But the Doc holds firm: “None of these kids have (got) anything that can’t be cured.”

It’s an interesting notion. Unfortunately, Dr Owens’ cures for fecklessness and iniquity don’t seem to have entirely caught on in the intervening years. 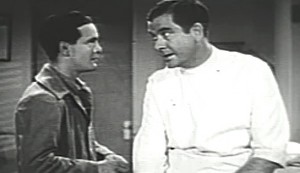 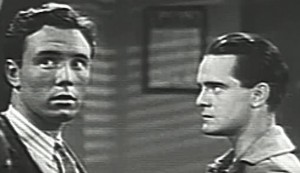