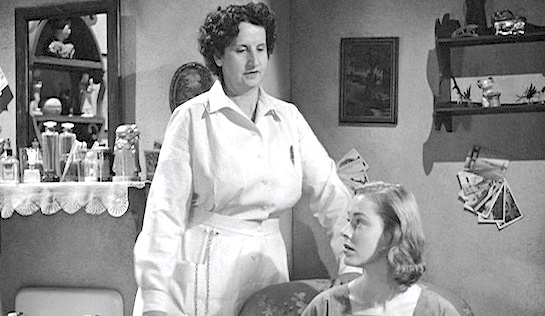 The title makes it sound like a precursor to the 1970s’ women-in-prison exploitation movies, but this is a fair dinkum Academy Award-nominated film about a woman in prison. You know it’s set in a different era when, in the opening scene, new receptions are being unloaded from the van and they’re wearing hats, gloves and carrying handbags. Fascinatingly, there are no African-American or Hispanic prisoners, either, anywhere in the prison.

But the main theme is modern enough: does prison corrupt?  Eleanor Parker at 27 plays 19-year-old first-timer Marie Allen, serving 1 to 15 for armed robbery, widowed and pregnant.  Allen is pretty, sweet, naïve and terribly out of place.  The superintendent is a sympathetic, progressive woman but Allen’s world is ruled by Matron Harper (Hope Emerson) – a physically powerful, vindictive, corrupt woman with connections in high places who are able to prevent her from being sacked.

Allen steadfastly refuses to be dragged into the criminal world of most of the other women, but then suffers a series of setbacks – her baby is adopted out because her mother refuses to care for it, she gets knocked back at her first parole hearing because she has neither job nor accommodation lined up, and then she is punished for smuggling a kitten into her dorm.  Worse still, the Matron shaves her hair off. She then hardens up, agrees to work for gangsters once outside (with the bogus job they offer sufficient to satisfy the Parole Board), and arguably commits herself to a life of crime.

It is so dated there is plenty of unintentional humour in the action and the accompanying publicity, which gives it a bit of a classic cult feel. 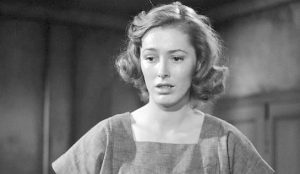 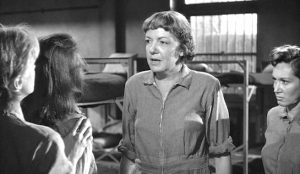 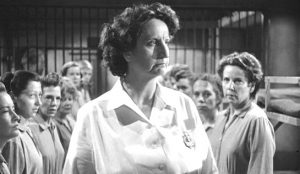 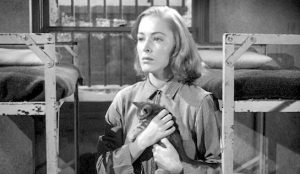 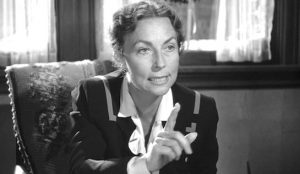 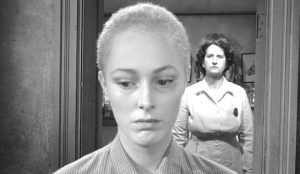