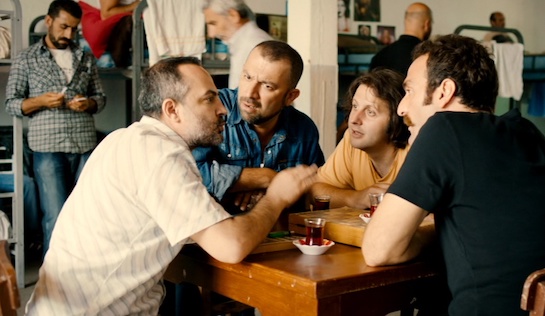 Good prison comedy is a bit like the perfect crime: trickier than it looks. And it proves much too tricky in this case, although there are so few prison scenes it would be most unfair to label it a prison comedy.

I confess that I haven’t sat through the initial Dance with the Jackals (nor Çakallarla Dans 3, 4 or 5, for that matter), but I understand that the DwtJ quintet starts with Muhasabeci Servet (Ilker Ayrik), an accountant with an ambitious wife, Fatma (Didem Balçin), planning to steal a considerable amount of money from the company for which he works. In committing the theft he involves his best friend Kayinço Gökhan (Sevket Çoruh), into whose account the money is transferred, and then two other friends – Köfte Necmi (Timur Acar) and Del Piyero Hikmet (Murat Akkoyunlu) – are roped into the deal as well. They are bumblers, terrible decision-makers and make very poor criminals, but unwittingly cross some real criminals in their quest for some easy money.

Dance with the Jackals 2 starts out with them in prison. They loaf about, play football (until the warden arrives and punctures their ball with a large spike he just happens to have on his person), and wait on every utterance from fellow prisoner and mentor Tayyar Abi (Altan Gördüm), who makes pronouncements of such depth (such as, “Everyone is responsible for their own fate,” and “Don’t consume. Don’t be consumed.”) that they find it necessary that Servet write them all down.

Out of the entire prison population they are selected as candidates for the trial of a new drug that is designed to reduce the likelihood of people committing further crime – by boosting their feelings of repentance and remorse. The side effects of the drug are unknown, but they are told that if they choose to be guinea pigs they can be immediately released onto parole. And, a bit more than 13 minutes into the film, they are released onto parole. So much for the prison.

Life on release is not so easy. Gökhan’s wife has left him and his drinking starts to cause issues (notably at the Alcohol Addiction Treatment Centre’s call centre, from which he gets fired). Someone else has taken up the lease on Hikmet’s garage. Necmi has hallucinations of grandpas and battles the temptation to return to drug use. Servet and Fatma are still passionately in love, but living a little less extravagantly. None of them is able to find or hold a job.

They are given an opportunity to run a fish restaurant by Tayyar, and do well on opening day. But they forget to buy fish and other provisions for Day 2, and Hikmet, the cook, mistakes a large quantity of white powder (that Necmi is holding as a favour to a friend) for flour. It doesn’t play out well, and they get close to breaching their parole and being returned to prison.

Their participation in the experiment is probably the thing that saves them, but their appetite for risk oddly remains unimpeded. With the assistance of a friend, Adem, who is a security guard at the modern new mall that is swallowing up small businesses, they decide to sneak in after closing time and lodge a protest against rampant consumerism. If they get caught, they figure, they can blame it on the side effects of the drug. They get distracted; Fatma starts helping herself to some of the goods, and they decide to play a 2-on-2 football game… which turns bad after one of the patrons of a late night movie gets knocked out by the ball, and a local celebrity (another filmgoer) announces on Twitter that she’s caught in the middle of the drama. A TV station assumes it’s a terrorism-driven hostage event, and things go further downhill.

I should warn you: this is not uproariously funny. But as Turkey seemingly drifts towards Islamism, at least for now, it could one day stand as a reminder of the old Turkey. There is much drinking and mildly sexist fantasising about scantily clad girls, and much of the humour is of the men-behaving-badly variety (supposedly under the influence of the experimental drug and in the presence of pretty women in lab coats). Tayyar’s overblown profundity is a departure from the comedic tenor of the rest of the film, and is a saving grace. 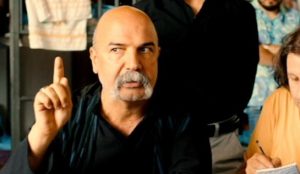 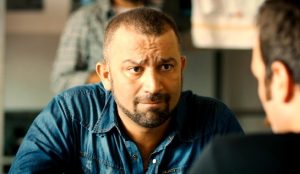 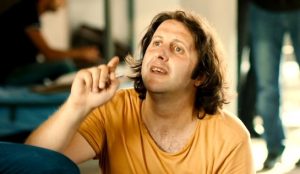 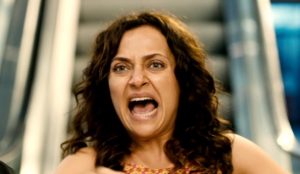 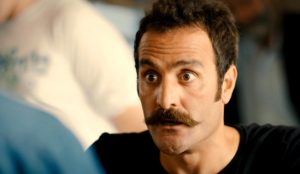 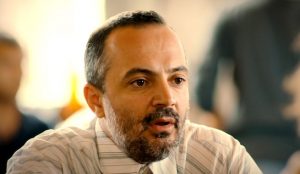