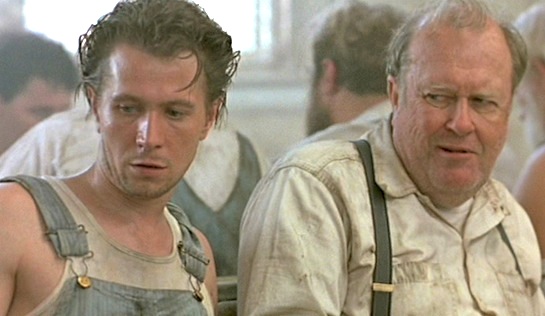 Chattahoochee. Is it a prison for mentally ill prisoners, or psychiatric hospital for the criminally insane? It’s a fine line, but if you’re looking for a prison movie, it’s the latter, I’m afraid.

The film is based on the true story of Chris Calhoun, Korean War hero who was committed to Chattahoochee with post-traumatic stress disorder… and later waged a campaign against the hospital’s abusive treatment of its patients, achieving major reforms and continuing on as an advocate for the mentally ill after his release.

In this fictional retelling of the story, Korean War hero Emmett Foley (Gary Oldman) loses it one day in February 1955 and, with his wife and child not at home, starts shooting up his Florida neighbourhood (and one neighbour). This shouldn’t be the stuff of entertainment, but the succession of curious neighbours coming out of doors, lemming-like, to see what all the shots are about and blundering into the firing line, adds much levity to the grave situation. Emmett desperately hopes that Police will kill him. They don’t. He tries to kill himself. He fails. And when he is sufficiently recovered from his injuries he is sent to Chattahoochee as a ‘maximum security’ inmate.

The hospital is frightening. It is cramped, dirty, and teeming with untreated mentally ill people, the craziness of whom is played for yet more entertainment: a man who cradles shoes, another a rag doll, several who defecate in their pants, some who shower in their clothes, some who quote the Bible endlessly, others with tics and tremors. Isn’t mental illness a giggle? Some have committed nasty crimes and have been transferred there from the Rayford Penitentiary – like Walker Benson (Dennis Hopper), who seems relatively sane and is serving a sentence for being an accessory to rape. A hospital it may be, but it’s punitive and uncaring, and the guards (or male nurses) are not averse to using considerable force against the patients.

Emmett is badly damaged, but he can’t stand by and just watch the abuse of his fellow patients. He sends letters, mainly to his sister, Earlene (Pamela Reed), detailing the horrors. He writes to the family of one man who is kicked by the guards, and is punished – made to sit for hours, without moving, so that he ends up poaching in his urine and excrement. It only serves to make him more determined to speak out. His sister brings him a law book; he learns about habeus corpus and gets excited that it will deliver him and his mate, Walker, from custody. But he didn’t count on the hospital management not playing fair, and stays put.

Three years after he was first committed, Emmett’s carnally-inclined wife, Mae (Frances McDormand), visits with their daughter, and tells him that she has found someone new. “If you’d been a better shot, we wouldn’t have to be going through all this,” she tells him with great sensitivity. A complex relationship with her becomes less complex.

Emmett continues to smuggle messages out to his sister, and finally his list of abuses attracts the attention of a senator and the Governor of Florida. The abuses are investigated, some truth is revealed, some staff are sacked, some reforms are brought in and, significantly, Emmett cuts off his beard; job done. Patients (including Emmett and Walker) are released in due course, and it seems that some justice prevails.

While it is not a prison, it of course shares some things with prison… like lots of mentally ill people who have committed crimes, and conditions under which abuses can go unchecked.

But it’s more about courage, persistence and resilience in the face of institutional nastiness – a refusal to be beaten down and a willingness to fight for what is right. That courage is always worth celebrating, whatever the setting; Emmett’s initial reward is having to contend with swelling orchestral music as he triumphs… which might in retrospect be no better than hearing voices.

It is an extraordinary, feel-good story – unquestionably: Emmett’s self-sacrificial campaign allows him to finally live up to others’ expectations of him as a hero when he returned from Korea. Even so, I’m not sure that his redemption warrants the seeming deification of him as he is carried through the crowd – defeated but arms flung out as if crucified – after he violently resists the staff’s attempts to inject him with a drug that makes him zombie-like. That might be just a little over the top. 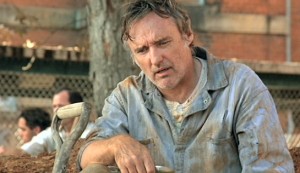 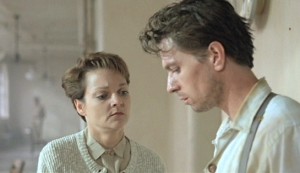 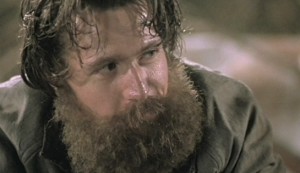 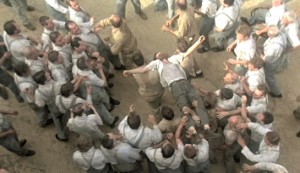