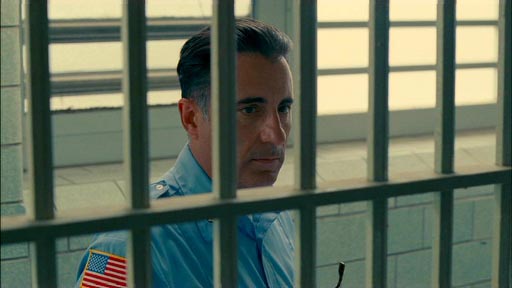 Vince Rizzo (Andy Garcia) is not a prison guard. He’s a corrections officer… who wants to be an actor. He wants to be Brando. Rather than tell his wife that he’s sneaking out to attend acting classes, he tells her he’s going to a poker game. His wife Joyce (Julianna Margulies) naturally suspects him of having an affair.

But Vince’s secrets go deeper. At the prison in which he works he comes across a young man whom he realises is the son he abandoned before he was born. He gets the prisoner, Tony (Steve Strait), released into his custody and takes him home, handcuffed, of course, without being able to bring himself to tell Tony or his family why.

Tony has a right to feel a bit bewildered. Apart from his bemusement at why Vince has taken a sudden interest in him (all he knows is that Vince knew his mother, who is now dead), it is a somewhat troubled family into which he’s being introduced. They all have secrets. Joyce is unfulfilled. Their daughter Vivian (Dominik Garcio-Lorido) has lost her scholarship and is stripping to win back her place in college. Son Vince Jnr (Ezra Miller) is infatuated with feeders and fat porn. Just your ordinary family, really, living in the small City Island community in the Bronx. A bit volatile, perhaps.

Vince is not a great communicator, but he opens up to his acting partner, Molly (Emily Mortimer), who has some secrets of her own, and she takes him on a journey towards achieving his dream. Along the way, before the final denouement, there are lies and misunderstandings and scandals and upheavals; pure, classic farce. Garcia is terrific, Margulies is terrific… and Strait takes his shirt off a lot, very capably.

Worth a look, absolutely. 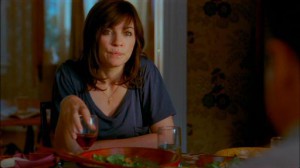 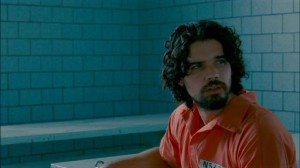