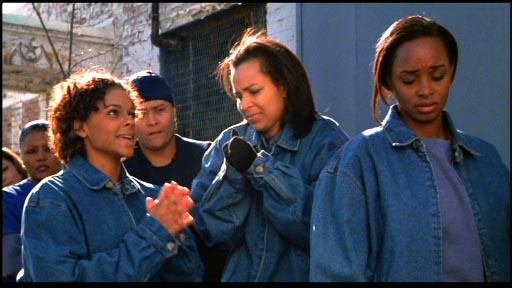 The film’s point of difference is its theme of Prisons as Business: privately operated prisons making money through, amongst other things, their use of cheap, unregulated prisoner labour. The film is narrated, in a fashion, by recidivist prisoner Sabrina Downs (played by rapper Da Brat*), who in order to fulfill this role is required to do a number of grating pieces to camera. Her story is essentially of her political awakening in prison, and it is the women’s fight against economic tyranny that, I suspect, the producers hoped would give the film a certain gravitas. You can sense this because we self-consciously drop into black-and-white at certain points, and because the new, politically-aware Sabrina wears sober glasses.

But the real story is that of Frances (LisaRaye), a first-timer who has killed her abusive husband. She doesn’t fit the prisoner mould, and we join with her as she learns the ropes and misses her daughter. Around her, you can tick off all the standard prison movie elements: An evil Captain Alan Dease (Clifton Powell) who terrorises the prisoners, bullies staff, and uses the women for his own sexual gratification. And runs financial rorts as well, just in case you didn’t get the picture that he is a bad man. A top dog, Nikki. A snitch, Aisha. A stabbing in the yard. And Lil’ Momma, a sweet, pregnant, Bible-carrying teenager who helps Frances settle in and is so decent you just know something nasty will happen to her.

The women use Frances to lead an orderly protest against their conditions. It goes badly, but the resultant punishment gives the filmmakers an excuse to show Frances and Nikki in their underwear, a temptation they had, to that point, resisted. A predictably awful incident involving Captain Dease and Lil’ Momma sparks outright revolt, with suddenly-armed prisoners taking hostages and shooting the odd guard. You can either see this as women pushed to their absolute limits, where ‘nothing will stop Frances and her fellow inmates in this brutal battle for justice’ (as the DVD blurb suggests), or the result of an unimaginative script that descends quickly into melodrama and borrows too heavily from uninspired men’s prison movies (as I’d suggest).

Perhaps it just attests to the fact that it’s easier to find a populist dramatic storyline in a prison shootout than in prison labour regulation and prison privatisation. I’d nevertheless like to believe that they were artistic, rather than commercial, considerations that drove those plotlines; I would otherwise feel exploited, as a viewer, for the most base commercial purposes. 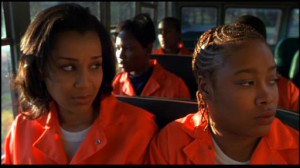 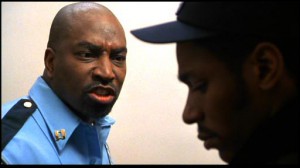 * Da Brat (real name Shwantae Harris) later found herself as a real prisoner after copping a 3-year sentence for assaulting an Atlanta waitress with a bottle.