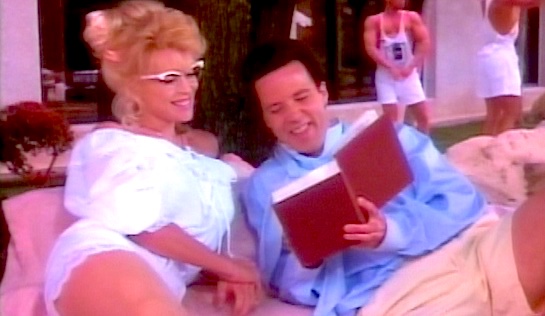 Some films would be better if they’d been left on the cutting room floor. This is one of ’em.

The initial idea is not a terrible one: the FBI conspires with a crooked prison Warden to discredit his own ultra-minimum-security prison (exclusively for white collar criminals) in order to close it down and have all the inmates sent to real prisons to get their due punishment.

FBI agent Howard Polk (Lance Kinsey) is asked to go undercover at this sumptuous co-ed prison, Club Fed, ostensibly to get evidence on the inmates’ illegal activities. He’s asked play particular attention to the ditzy blonde Angelica Paziotopoulos (Judy Landers), who has been sentenced for 40 years for the misdemeanours of her late lover, a mafia crime figure. Polk has no qualms about that assignment as he has been lusting after Angelica since a stakeout below the crime figure’s bedroom window.

Club Fed is all that you would expect – a luxury resort. The FBI has picked Angelica, trusting, not-too-smart and naive, as their stooge; the plan is for Warden Bert Boyle (Burt Young), who has a criminal record himself, to make lots of illegal transactions in her name using a Swiss bank account (from which he takes his cut), for the crimes to then be exposed, the prison’s reputation to be irreparably damaged, and to leave no option other than to close the facility down.

Of course they don’t count on Polk falling in love with Angelica and exposing the real criminals. Or on him providing a ringing endorsement of the rehabilitative benefits of incarceration in resort-style prisons.

It’s woeful. There is, predictably, a wacky ensemble of inmates (a defrocked TV pastor being the best of them), but the film resorts to the most pitifully absurd devices to dredge some humour from a sludge-bound script: the FBI Director (Joseph Campanella) having some plastic buttocks in his office to alternately kick and cuddle; Polk dressing in lingerie after been wrongly shown into Angelica’s room upon arrival; a bearded inmate who discovers cross-dressing, and a dwarf who attaches herself to Polk’s leg. And that’s not all.

This is a low-budget production with a laugh count to match. It says some disturbing things about the viewing public (in which I regrettably include myself) that investors in the movie would appear to have got their money back, and more. 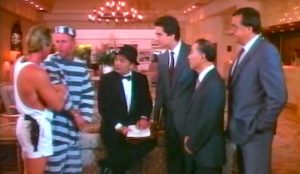 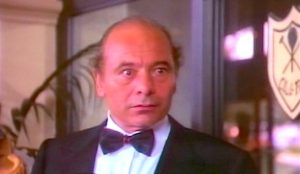 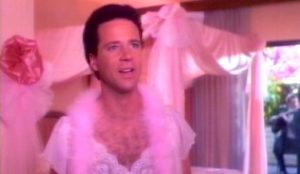 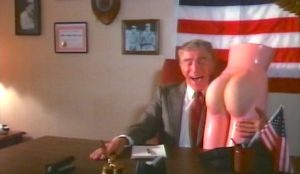 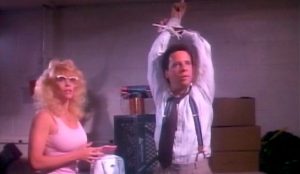 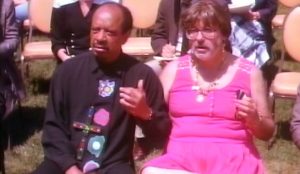