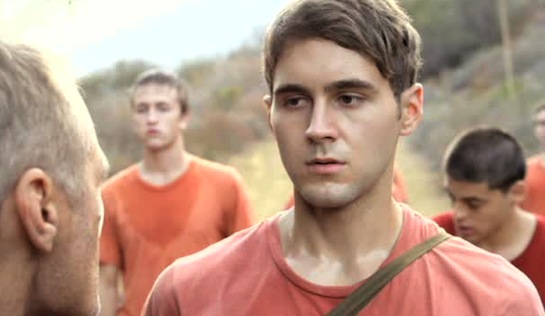 I don’t quite understand these extra-judicial prisons, juvenile or otherwise. They seem to be somewhere in between a strict boarding school for which parents pay exorbitant fees, and out-of-control prisons where the brutality comes for free.

Brad Lunders (PJ Boudousqué) and his friend Gabriel Nunez (Chris Petrovski) work in a mechanic’s shop and deal drugs on the side. Brad also enjoys a bit of thuggery, has spent time in juvie and is on probation. His widowed mother wants to have her new boyfriend move into the family home, an idea to which Brad is a touch resistant, so she pays to have him abducted and removed to a remote boot camp – a juvenile rehabilitation facility – 25 miles from the nearest town. Nice solution: send and forget.

The facility, Coldwater, is run by a former Marine, Colonel Frank Reichert (James C Burns), assisted by a number of ‘counselors’ – mostly graduates from the program. It looks after about a dozen youths, sent by their parents to instil in their sons a bit of discipline or responsibility or gratitude. Or perhaps to learn how to bully people better.

The thing is, Brad doesn’t need much reforming. Not long before the Coldwater guys arrived to extract him from his bed, he had beaten up two of his less-charming drug clients who had gatecrashed a party he was at… to which one responded by pulling a gun, and fatally (but accidentally) shooting Brad’s girlfriend, with whom Brad had just exchanged angry words. He has already resolved to change his ways, if not yet accept a replacement for his father in his house. You just mightn’t know it, for he keeps all his guilt and grief well hidden.

The boys rather meekly accept the dubious authority of the Colonel and his team, who taunt them, beat them, humiliate them, conduct invasive searches of them and generally use whatever they can to break their spirit. One boy, Jonas (Octavius J Johnson), is injured when a buggy driven by one of the counselors hits him, and is then forced to run on his injured leg before it heals. His wound worsens, to such an extent that his leg has to be amputated. This reasonably serious incident is investigated by no-one but some in-house company officials… and nothing happens and no-one is held to account. The only change seems to be that the Colonel’s drinking goes up a notch.

We track Brad’s journey from rebel to escapee to trusty to, potentially, counselor… a journey which the arrival of Gabriel at the camp threatens to interrupt. Brad is caught in a difficult game of his own making – feeding the Colonel and his lackeys the message that he has embraced the program, while determinedly plotting to expose it. And barely concealing his hatred of those who have lacked the courage to speak out when the most brutal of the abuses have occurred, while at the same time not wanting Gabriel to rock the boat and threaten or undermine his longer-term strategy.

The film culminates – two years into Brad’s detention – in some climactic bloodshed which is somehow a little out of step with the rest of the film. The viewer is invited to see such violence as almost a natural outcome of brooding resentment, borne of brutalised young men having to endure lectures about accountability and respect from hypocrites who act outside the law and refuse to accept responsibility for their own actions. Who teach kids not to use violence through sadistic demonstrations of instrumental violence.

We’re told that many of these unregulated juvenile rehabilitation centres exist, and that they cause the deaths of a number of kids each year. Which is a little troubling. But the strangest part of it for me is not that such facilities exist, or that there is a demand for them, but that the local sheriff’s officers, when Brad escapes, are shown to apologetically return him to Coldwater – as if they were obliged under law to do so and had no other option.

Ultimately, this is another prison-like movie about cruel men who believe they have a licence to hurt others. Nothing new there. Perhaps the only differentiating factor in this one is that here parents have paid to have this treatment dished out to their sons, and none of them seem to care. 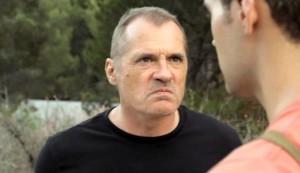 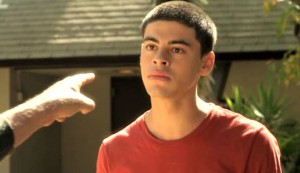