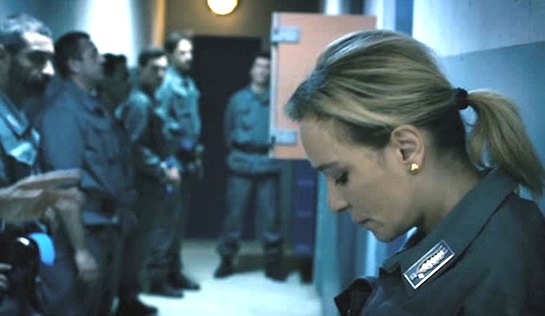 Most prison movies that focus on prison governors or wardens, rather than prisoners – of which Duffy of San Quentin (1954) is perhaps the best example – are little more than indulgent testimonials. Not this one.

Like the Wind is based on the true story of Armida Miserere (Valeria Golino), at 28 one of Italy’s first female prison directors. At the film’s opening she is the director of the Lido Prison, and in her early 30s. She takes a tough stand against the mob and receives bullets in the mail. She is not deterred. But she is also in love – with teacher Umberto Mormile (Filippo Timi), first seen directing a play for prisoners at the Opera Prison in Milan. She falls pregnant to him, but loses the baby. And then more tragedy strikes; Umberto is ambushed in his car and shot dead at close range. It is 1990 and her world collapses.

Armida seeks a job transfer. She is happy to go anywhere – even the toughest prisons where her predecessors have been assassinated. Prisons inhabited by mafiosi, camorristi and ‘ndranghetisti. She is sent to the spectacular, now-closed island prison Pianosa (where she is the only woman on the island), Ucciardone Prison in Palermo, Sulmona. She is seen as a tough, uncompromising administrator, a supporter of rehabilitation but just as clear that her prisoners are not there to enjoy the hospitality of a four or five star hotel. But she is also emotionally vulnerable, and fragile. She chain-smokes. She dares to fall in love again… only to be let down by her lover Maurizio (Vanni Bramati), who when it comes to the crunch is unable to leave his wife and children for her.

She pushes on. She is capable, it is assumed, and inspires loyalty… And remains a target. Her two treasured German Shepherds are killed as a warning to her. The little evidence we are offered suggests that she refuses to back down. She continues to be there to lead the shakedowns, and would appear to treat the well-connected prisoners in her care with recklessness and derision… as if to say, “You people can’t do anything more to hurt me.”

And then, on 19 April 2003, she completes the tragedy by killing herself. She is 46. It is a tragedy on a personal level, as she succumbs to grief and the constant battle against the crime syndicates, both of which prevent her from enjoying a normal, happy life. But it is also a tragedy on a wider level – for those for whom she was a role model, and for the victory that it seemed to hand the ‘Ndarangheta, who accused her lover (when his killers were finally brought to trial over a decade later) of contributing to his own death by his corrupt dealings with them.

All up, we don’t see enough of Armida, the prison director, at work in her prisons. We see more of her jogging with and without her dogs, (but without protection), than we do of her interacting with her staff and prisoners. And more of her smoking than breathing. But the job never leaves her; only when she is with her closest friends does she seem less vulnerable to ambush. She remains resolute, determined not be bowed by the mob, almost defined by her job; if not for revenge, why else would anyone continue to look after the very people who had your lover executed?

It’s a portrait of a tough job and a tough life. 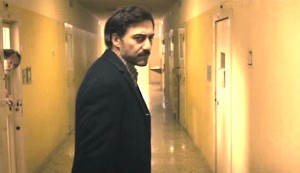 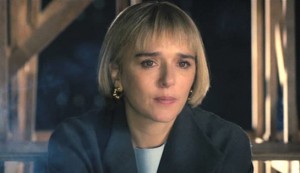