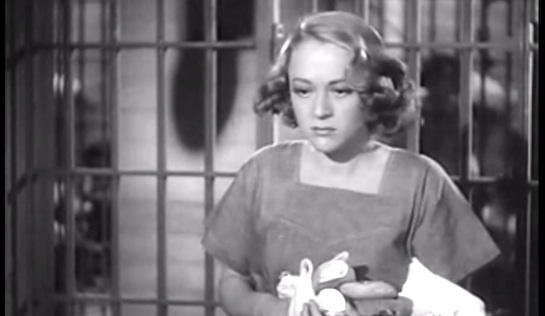 Ah, the thirties! There’s always been a bit of a fascination with prison workers falling in love with prisoners, but prison-hospital romance seemed to be of particular interest in the late 30s. Take, for example, Prison Nurse (1937), featuring a relationship between a nurse and a doctor-prisoner, Prison Farm (1938) with a doctor and a female prisoner, and Buried Alive (1939) with another nurse and a male prisoner. And then this one. But the interest doesn’t seem to be due to just the scandal or titillation of illicit relationships, but from a more noble notion that the stigma attached to those who are (or have been) prisoners, should be removed – that ex-prisoners should not be excluded from mainstream society. And who better to socialise and legitimise such a notion than a handsome doctor or a pretty nurse?

Case-in-point psychiatrist Dr Phillip Duncan (Louis Hayward) first meets Linda Wilson (Sally Eilers) on a boat, when he stops her from throwing herself overboard. He doesn’t, at that stage, know that she is a convict under escort, but he does by the time he makes her reacquaintance when he starts work at the State Penal Institute for Women.

Linda, it must be said, is not all that easy to fall in love with. She is on the brooding side of morose – the result of a lifetime of bad breaks, the last of which is the 3-year stretch she is doing for shoplifting.

She shares a cell with the blithely optimistic Millie Anson (Anne Shirley) who has taken a 3-year rap for her studying-to-be-a-lawyer boyfriend, and the hard-bitten Anna ‘Big Annie’ Barry (Lee Patrick). Annie is plotting a jailbreak… but hasn’t quite worked out how. When she can’t get Linda to join in, she spreads the word that she is a stoolie; as a result, Linda is disliked by virtually everyone – a situation to which she is supremely indifferent.

Linda does get one lucky break, though. She used to be a nurse, and when a typhoid epidemic hits the prison, her services are in much demand. This brings her into close contact with Dr Duncan, who has been helping out in the hospital during the crisis, and who – since that first encounter on the boat – has wanted to understand (and treat) Linda’s gloomy disposition. He does this by falling in love with her, which seems to do the trick.

He is a ‘progressive’, this young Dr Duncan, and so is permanently at loggerheads with the cynical Head Matron, Clara Glover [who else but Esther Dale, who also played prison Matrons in 6,000 Enemies (1939), A Child is Born (1939), Convicted Woman (1940), Women Without Names (1940), and Betrayed Women (1955), plus a non-matronly role in the aforementioned Prison Farm]. When Mrs Glover faces disciplinary action for refusing to follow his instructions to give a prisoner with a heart lesion lighter duties – and the woman dies – she retaliates by telling Warden Edmund Miller that Dr Duncan has been spied kissing Linda.

The Warden speaks to Dr Duncan who confesses his love for the prisoner. The Warden then calls in Linda. He tells her that Dr Duncan’s relationship with her will be the ruin of him. “Do you want to make him a victim of your past?” he asks, and then pressures her to break it off for his sake. She reluctantly agrees, and with uncharacteristic flair decides that, rather than simply tell him that the romance is over, she will burn all bridges by joining in on the escape bid.

With keys obtained by Linda after she overpowers a guard, Annie leads the jailbreak. The two women fill the cellblock with smoke, at which the guards attempt to evacuate all the prisoners and release them from their cells, but the women outnumber the guards and mayhem erupts. Some try to join Annie and Linda in their escape attempt. One guard gets in the way and Annie shoots her, to Linda’s horror. They then take Mrs Glover hostage and have her drive them out the front gate at gunpoint. Mrs Glover is left in the middle of nowhere when she is no longer of use, and Annie then collapses and dies from all the excitement. It is some time before Linda is recaptured – tricked by Police into turning up at a sham Dr Duncan lecture.

At the trial, Mrs Glover and many of the prisoners perjure themselves, claiming that Linda was the ringleader and that it was she who brandished the gun. Luckily, the handsome and loyal Dr Duncan intervenes and the court is persuaded that Linda should bear virtually no responsibility for her actions. Justice is sort of done.

This is a very watchable drama. Were it not for the sheer desperation of its search for a happy ending, which it finds against all odds and all reason, I may have rated it even higher. 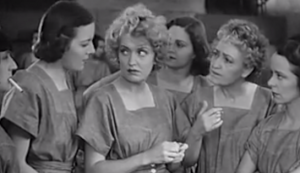 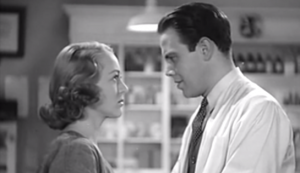