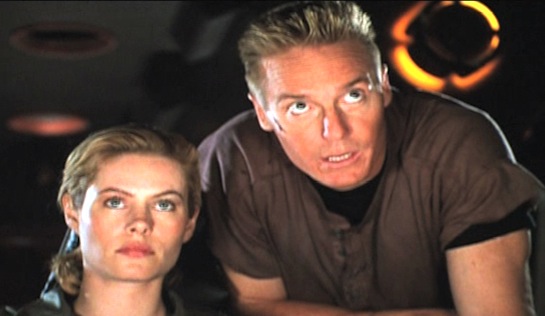 This is a traditional thriller set in a fairly traditional outer space prison. So it’s only proper that, despite the film being set hundreds of years into the future, the plot turns not on some fanciful 24th Century technology, but on the artisanal searing of a prisoner’s identification number into his flesh with a red hot poker.

The spaceship Alexandria, with an all-female crew of six, is on its way home to Aries 8… but some sloppy navigation sees it fly into an asteroid cluster, and to get through it the crew has to ditch 80% of its fuel. It no longer has enough fuel to complete the trip home; the only option is to drop in on a nearby penal colony to refuel.

As the ship approaches Cesarion IV, which has been a “prison planet for hundreds of years”, two men – dressed in gas masks and medieval armour – can be seen in hand-to-hand combat. They scoop up one of the two men – Vigo (Frank Zagarino) – who tells Captain Nile (Shannon Sturges) and her crew that the ‘not even human’ Convict 762, has killed everyone in the prison. Two hundred men, prisoners and guards, are said to be dead. Vigo, blonde and muscular, convinces Nile that he is the heroic last surviving officer, that he was getting the better of 762 in their fight, and that only he can help them.

While Vigo is assisting them to refuel, the women hear (over their radios) some men pleading for help, and of course they venture into the prison to save them. They find the men, but too late; they have been butchered. Then they find one of their own, who got separated from the pack, slaughtered also. In the vicinity they capture, at gunpoint, Mannix (Billy Drago), dark-haired, weird and a little prone to breathless incantations. Mannix also claims to be the last remaining officer heroically battling the monster who is Convict 762. One of the two men would appear to be telling fibs. But which one?

Some lax security allows Convict 762, whoever he is, to successively dispose of three more of the crew, leaving only Nile and her pilot, Austin (Michole White). They are no closer to working out which of Vigo or Mannix – both of whom remain at large in the prison or the spaceship – is the officer and which is 762.

There are enough twists and turns to maintain one’s interest to the end. That, and trying to decide whether a film set in a prison with just one prisoner and one guard really counts as a prison film… wait, no, sorry, that’s of interest to no-one but me. Or, like me, you might spend time pondering why Mannix sometimes speaks in a mystical echoey voice, why 24th or 25th Century clothes look a lot like ours, or why no-one seems to get really, really angry with the obnoxious Reno (Tawny Ellis), whose navigational mistake caused them to divert from the safe route home. 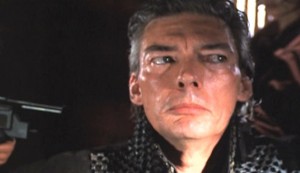 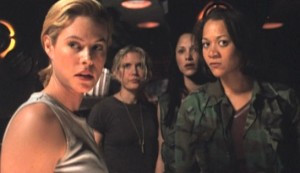