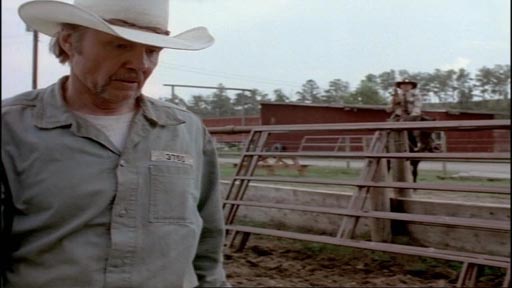 Yeah, it’s a bit schmaltzy at times, but this is an under-rated (or at least undeservedly less well known) addition to the prison sporting contest genre. It has its formulaic elements, too, but is a much better bet than the other rodeo movie of which I’m aware (Stir Crazy, 1980) and the series of The Longest Yard movies (which aren’t about rodeos but take prison sporting events to some very strange places).

Jon Voight plays Ry Weston, a champion rodeo rider who is doing life for killing a bouncer with the bouncer’s gun. The warden of the Montana prison in which he’s housed (filmed in Canada’s Calgary Correctional Center), believes that his prison ranch has an important rehabilitative impact on the prisoners. Given that everywhere the prisoners go on the ranch (mostly on horseback) they’re followed by guards with shotguns at the ready, I’m not sure how prepared they’d be for the outside world, exactly. Unless that’s what the streets of Montana are like. Anyway, the warden (played by Ben Gazarra, who took the lead prisoner role in 1962’s Convicts 4), is very protective of his ranch and competitive when it comes to inter-prison rodeo contests. It matters.

Ry is the prisoner in charge of the ranch. He’s not to be messed with. When relative short-termer Clay Treyton arrives on the scene, wanting to be a cowboy, Ry makes him earn his place. It’s your traditional father-son, nothing is worthwhile unless you work for it sort of scenario. There are some minor diversions: a female vet arrives on the scene and the sexual tension between her and Ry (on whom she had a teenage crush years before) is palpable, with the armed guard maintaining a respectful distance so they can have a quick unsupervised snog at one point, before deciding that it’s a bad thing, him being a prisoner doing life and all. And Clay is pressured to bring in drugs (under the threat of his mentor being killed if he doesn’t) by the prison’s stereotypical prison nasty. In the end it comes down to a critical final ride in the biggest rodeo contest with much at stake. Well, much at stake for some people.

Recounting the plot it sounds pretty predictable and tacky, but most of it works. The prison scenes are generally sound (although with the amount of drugs being trafficked it’s a wonder anyone can stand up, let alone ride bulls), and Ry’s character – hard taskmaster, knowing that he’s on a good wicket and adamant that no-one is going to ruin it for him, and ready to pass on his skills to a kid who has a future in front of him – is not only pivotal but in the main, believable. I did say, ‘in the main.’

Best of all, the rodeo action is beautifully filmed, and the movie unexpectedly avoids some predictable endings. Not too shabby, all up. 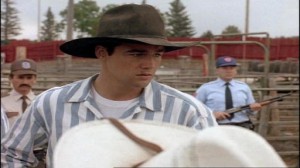 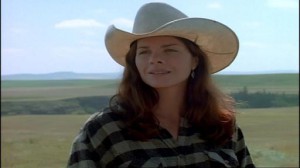