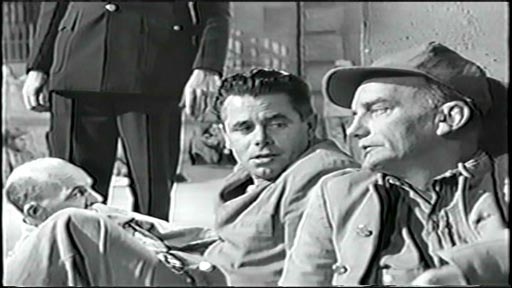 This is a remake of The Criminal Code (1931) and Penitentiary (1938). Publicity at the time of its release proclaimed that it’s about ‘a convict’s love for a Warden’s daughter.’ It is that, but it’s much more about the criminal code and where a prisoner’s loyalties lie. And it does of pretty good job of it, too.

Joe Hufford (Glenn Ford) is unlucky. He belts a man in a nightclub after the man insulted the woman with whom he was dancing. The man hits his head and dies. Joe is prosecuted by District Attorney George Knowland (Broderick Crawford), who is sympathetic to Joe’s predicament – even to the extent of trying to coach his attorney to improve Joe’s chances of acquittal – but Joe is found guilty anyway, and lands a 1 to 10. The Parole Board sets a 5 year term, meaning that he can become eligible for parole in 3.

Several years into his sentence with no release in sight, Joe seeks to join in on a fail-proof escape bid in order to see his ailing dad. His dad unfortunately over-ails. Joe is handed a telegram telling him that he’s dead, and a guard then rather roughly tells him to get back to work. Joe whacks him, and is taken to solitary. He’s still in solitary when he hears the escape siren, followed by machine gun fire. He just got luckier.

Meanwhile a new Warden is installed – and it’s DA Knowland! We ignore why a DA might want such a job, or might have been placed there, and turn our attention to a whole yard of ‘yammering’ prisoners (several hundred or several thousand, depending on which shot is preferred) – protesting at the appointment of the man who sent many of them down. They boast what they will do to him when they see him. The new Warden immediately confronts them, walking alone through the middle of the yard, and the prisoners all turn to water. That the Warden is a man of character is affirmed.

And he hasn’t forgotten Joe, either. He appoints him as his chauffeur, and is supportive of him being paroled. Joe is grateful, but remains embittered by his experience, and fearful of what the future holds for him as an ex-con. There is growing unrest in the prison. Everyone knows that a loathed fellow convict, Ponti, ratted on those in the escape bid, and they want revenge. The Warden asks Joe what’s going on. He’s torn. He likes his job and is increasingly attracted to Knowland’s daughter, Kay, whom he has to drive around and who gives him lots of encouraging signals. On the other hand, he knows that it was the DA ‘just doing his job’ that put him in jail, perhaps unnecessarily, and that his conviction has quite possibly cruelled his chances of ever being a productive member of the community. His only friends are his fellow inmates. He tells the Warden nothing.

The yard starts yammering again, and the Warden goes to investigate. Ponti, who has been living in the filing room next to the Warden’s office to keep safe, comes out and pleads for some help from Joe. Joe rejects his pleadings. While the ruckus diverts everyone’s attention, Joe’s cellmate Malloby (who is the Warden’s houseboy) sneaks in and kills Ponti. The yammering immediately stops, and everyone returns to find Joe alone in the office and Ponti dead.

The Warden doesn’t believe Joe to be responsible (mind you, it wouldn’t have taken too much to deduce who else could have done the deed), and demands to know the culprit. Joe says nought. “I thought you were ready to get out of here, Joe,” the Warden says. “Ready to take your place in the community. You’re not ready for anything if you maintain values that protect a crummy murderer.” “What sort of values do you think I have now?” asks Joe. “You’ve taken my freedom, my citizenship… The only thing you’ve left me is a certain sense of loyalty to those guys down there I’ve had to live with. And now you want that, too.” He observes the criminal code, keeps schtum, and is again banged up in solitary.

But that’s not the end of it. Malloby, who has seethed with hatred for Douglas, the Captain of the Yard who once spotted Malloby having a beer with another felon and won him another 12 years in the can after getting his parole cancelled, gets himself taken down to solitary where he produces a gun and starts shooting erratically when Captain Douglas arrives. He soon surrenders his gun but grabs a knife and stabs Douglas, and is shot dead by guards – but not before admitting to the Ponti murder, too. Joe is freed from solitary, paroled, and free to pursue Kay.

It’s a film with unexpected humour, expected drama, and some interesting things to say – whether it’s about the justice system, which requires someone to pay whenever someone dies, or complexities of the criminal code. There are plenty of other prison reforming Wardens, but few are depicted as Knowland is, relying solely on his personal characteristics (strength, fairness, compassion and a stentorian voice); others generally change something. Knowland does challenge Captain Douglas’s ways, but we see him do little else to make life better for his charges. Perhaps once Ponti was gone from his filing room, and he could stop feeling guilty about Joe, he could get on and make a difference. 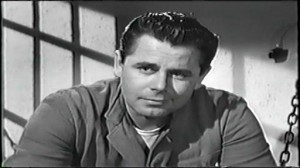 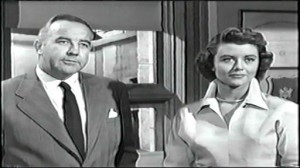