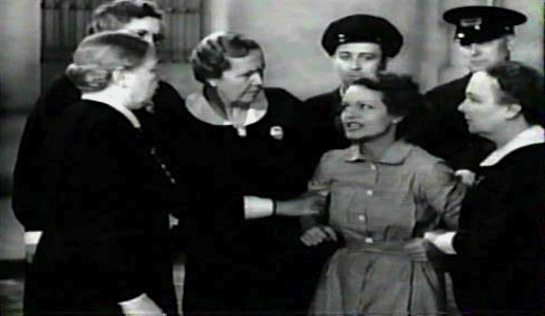 With much of Europe at war, what was clearly needed from Hollywood was an escapist prison drama; an attractive, wrongly accused heroine opposed by an even more beautiful top dog, and a reformist Superintendent with a strong belief in the inherent goodness of the women under her control.  It’s a close cousin to 20,000 Years in Sing Sing (1932, and its variants), with the honor system coming through unscathed after a very big test.

Betty Andrews (Rochelle Hudson) is awfully unlucky. While looking for a job in a department store she encounters an almost identical woman wearing the same dress, who seizes the opportunity to steal a customer’s money and disappear, leaving Betty to be identified as the culprit. She is defended by a prim (and Scottish) lawyer Mary Ellis (Frieda Inescort), but to no avail; she is found guilty and cops a year in the Curtiss House of Correction.

Curtiss is not exactly the bleak, austere prison it sets out to be: it is populated by a preponderance of beautiful women, and instead of bashing new fish Betty in the time-honoured fashion when she refuses to pay protection money, the prison heavy ‘The Duchess’ (June Lang) forces her to wear shoes that are too small! (A sorority prison, one reviewer calls it, rather aptly). But there is an uglier side, too: the women are gassed during a dining room protest, one woman who has been ‘black-listed’ by the heavies suicides, and Betty is set up by The Duchess and is double-crossed by her in an escape attempt. Betty gets some of her own back on the corrupt system by blowing the whistle on the suicide death of the woman, smuggling the story out to newspaperman Jim Brent (a very young Glenn Ford).

The official response is quick. Chief Matron Brackett (Esther Dale) is deposed and the reformist Mary Ellis is installed as Superintendent in her place. Miss Ellis wastes no time in changing things, much to the horror of Miss Brackett who has stupidly been retained as her deputy. There are no half measures for Miss Ellis; soon after turning workplaces into classrooms and ending solitary confinement, she institutes a system of self-government and allows the women to mete out punishments. To top it off, she has the place renamed the Curtiss Home for Girls. The aggrieved Miss Brackett naturally conspires with The Duchess to bring down the foreign regime.

A dozen women are allowed to go home briefly on the condition that they return on time on the prison bus. Betty is kidnapped by associates of The Duchess, and misses the bus. The Commissioner is about to remove Miss Ellis for her lack of judgment when Betty turns up, just a little late, having been rescued by young Brent, who extraordinarily divines the location in which she is being held captive in a basement and engineers her escape.

Miss Ellis is vindicated, Betty refuses to rat on The Duchess, and sorority-life is restored.

In 1940 this was undoubtedly seen to be the way of all modern prisons for wayward girls. Miss Ellis would be disappointed to see how few of her reforms have survived the next 70 years. 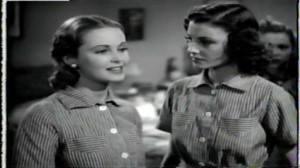 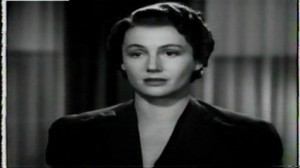