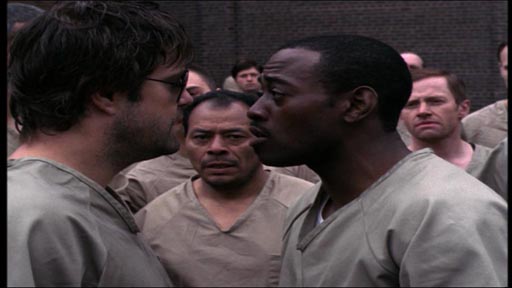 Carl Upchurch had it tough. Born in 1950 in South Philadelphia, his first memory was apparently of his grandmother killing his grandfather. He grew up in gangs and in and out of trouble, and spent 10 years in jail. Then he found ‘the light within’ and became a religious man, a voice against his fellow prisoners’ meek acceptance of the inevitability of their lives and their incarceration, and an activist for political and social reform. Conviction is his story.

It’s paint-by-numbers stuff. A kid with talent that was never nurtured. An absent, violent father and a mother who wasn’t there for him. Graduation from petty thefts to stabbings and robberies. Violence, prison, prison violence. Carl (Omar Epps) excelled at it all.

But we know there’s something else there. We know this because he reads Shakespearean sonnets in segregation. Out loud. Obviously redeemable. And then in steps Martha (Dana Delany), a prison teacher and Quaker who gently confronts him about his world view and encourages him to realise his potential. “We believe that there’s a divinity and a piece of God in all of us,” she tells him. And she demonstrates her faith in his ‘light within’ by having him live at her home when he’s paroled. He becomes a sort of a father figure to her couple of adopted African American kids. She encourages him to go to the Earlham School of Religion, where he meets a white woman, Andrea (Janine Theriault), whom he later marries, and where he starts his political activism by protesting at the school’s investment in South Africa’s apartheid regime.

There are setbacks and triumphs – a return to prison on a technical parole breach, a conviction that he must tell prison inmates (both while he is in prison himself and then after he has been released again) that they should claim the right to change their lives, and leadership of a ground-breaking peace summit for gang leaders from across the country.

Uplifting, in a predictable way. And if that’s seen to be a criticism, I guess that’s what it is. Upchurch died in 2003. 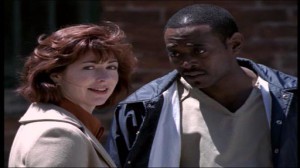 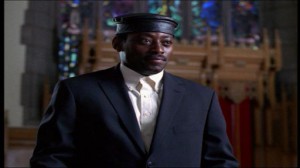