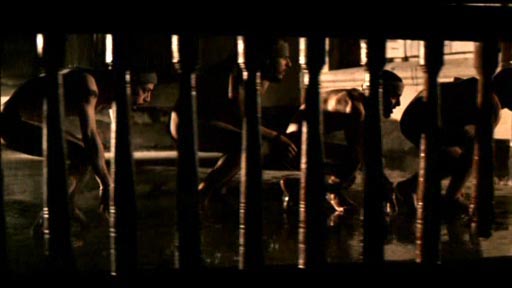 This ain’t for the squeamish. It’s the story of Claudio Tamburrini, a soccer goalie with a local club, who is plucked from his home by agents acting on behalf of the military junta in Buenos Aires in 1976, and taken to a clandestine detention centre where he is beaten and tortured before managing to escape with three others. He had been held captive for 121 days. It’s a true story, based on the evidence that several of those men gave in the human rights trials of the military dictatorship in 1985. It seems that it was not the film’s intent to leave the viewer favourably disposed towards right-wing death squads and security forces.

Claudio (Rodrigo De la Serna) is not much more than a kid. The secret police don’t seem to care. They knock his mother around, looking for information on her son, and then grab him and take him to the Mansion Seré – an old mansion in Buenos Aires in which many young men, thought to be terrorists, guerrillas, or simply sympathetic to those opposed to the junta, are detained without charge. They are blindfolded, cuffed, kept in horrible circumstances – and encouraged through a bit of torture to give their captors information on their associates.

It transpires that that’s how they’ve come to nab Claudio; an old school friend, Tano, has broken down under torture and has given Claudio’s name as a person who owned a mimeograph machine from which rebel literature was produced. It’s not true, but Tano – who does have connections with the rebels – is keen to give his comrades time to flee, and it temporarily gets the security forces off his back. Gee, thanks, Tano.

Claudio understands the rules: give someone up and they might let you go, but he has nothing to give and is made of sterner stuff. As their captors’ patience with them starts to run out and they increasingly fear being murdered, Claudio and his three fellow prisoners make a break for it. In the end they do it rather too easily, but they do it naked which adds to the degree of difficulty.

One knows that they will escape; the film’s title sort of gives that away. What one doesn’t know is whether they will be recaptured and subjected to even greater atrocities, or whether perhaps just one will get brought back, or whether their families will be taken and tortured or killed in retaliation.

It’s tense, gritty stuff but for all its tenseness and grittiness and the escape from detention theme, it’s not a prison movie. But it does rank highly on the list of escape-from-brutal-regime movies. 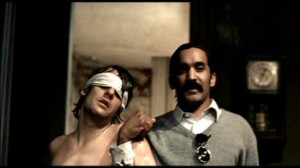 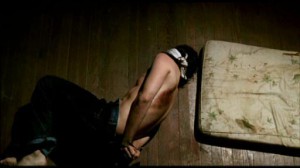